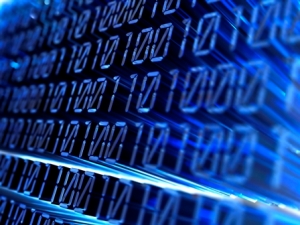 Companies are using the internet to spy on you, and often without your knowledge or consent. Tracking technology has gotten smarter and more intrusive: businesses collect data on websites visited, shopping habits, and even medical conditions. Through the growth of social networking websites and geolocation applications on mobile phones, this data increasingly contains information about your activities in the offline world. This information is most often used to target advertising towards particular users. Should companies be allowed to accumulate unlimited statistics about anyone who uses the internet, or should our privacy be protected in some way?  In a recent report on privacy, the FTC proposed recommendations on protecting consumer privacy, including simplifying consumer choice through the use of a “Do Not Track” option. A “Do Not Track” option could be offered up by the industry or required by legislation.

At the federal level, Senator Jay Rockefeller has introduced a bill that requires “Do Not Track” options. The federal bill delegates most of the details about what can and cannot be tracked to the FTC. This bill has been commended by privacy groups and criticized by the tech industry.

The California legislature is also considering a bill that would allow users to opt out of internet tracking. This “Do Not Track” bill is much more specific about what information cannot be collected. The bill covers tracking of addresses, credit card information, medical conditions, religion, sexual orientation, geolocation information, and biometrics such as fingerprints or retinal scans.

The California bill has been harshly criticized by internet giants such as Facebook and Google. These companies joined with the California Chamber of Commerce in opposing the bill, saying the bill is unnecessary and costly to the state. Internet users may lose relevant advertising, and customers may lose free content. Additionally, they argue the bill would stifle innovation.

This issue raises a classic question of the usefulness and desirability of government regulation. The industry points to current self-regulation as sufficient to protect the privacy consumers.  At this time the four majors browsers—Google Chrome, Microsoft Internet Explorer, Mozilla Firefox, and Apple’s Safari—all include “opt-out” options. Thus, they argue, legislation is redundant and unneeded. Yet the opt-out features are not uniform and are not simple to set up.  There is also no guarantee that your wishes will be followed. The stakes are high: online advertising is a $23 billion dollar industry.

Readers, what do you think: legislation or industry self-regulation? Have you noticed advertisements following you as you browse the internet? Have you exercised the opt-out option on your browser?