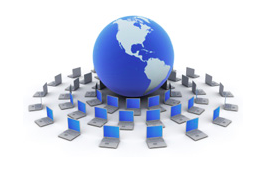 In Limelight, Akamai Technologies sued Limelight Networks for infringing its patent, which claimed a method of delivering electronic data using a content delivery network (CDN). Akamai operates a CDN and maintains multiple servers. Website owners contract with Akamai to deliver their websites’ content to Internet users. Akamai’s patent provides for a process known as “tagging,” wherein certain components of its customers’ websites (such as video or music files) are designated for storage on Akamai’s servers. By “tagging” files, Akamai increases the speed with which Internet users access its customers’ websites. Limelight also operates a CDN and carries out several of the steps in Akamai’s patent. Limelight, however, does not tag the components to be stored on its servers and requires its customers to perform their own “tagging.”

In Limelight the Court held that, because the “performance of all the patent’s steps is not attributable to any one person,” there was no direct or indirect infringement of a method claim. Limelight could not be held liable for “inducing infringement that never came to pass.” In its harsh criticism of the Federal Circuit’s decision (which had loosened the induced infringement standard by eliminating proof of a single actor), the Court stated that the lower court “fundamentally misunderstands what it means to infringe a method patent.” The Court further rejected Akamai’s argument that tort law principles and federal aiding and abetting principles warranted a finding that multiple actors could infringe a method patent.

The Court expressly declined to review the merits of the Federal Circuit’s decision in Muniauction, Inc. v. Thomson Corp., which articulated the rule that direct infringement under § 271(a) requires a single party to perform every step of the claimed method. The Court stated that the question before them concerned § 271(b), not § 271(a). Thus, until the Federal Circuit revisits Muniauction, direct infringement by a single actor serves as a prerequisite for an induced infringement claim. Further, this decision serves as a reminder to practitioners to draft precise patent claims and to be wary of method steps that are performed by third parties or multiple actors.