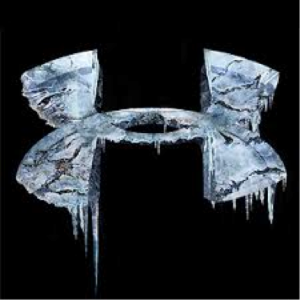 Background: Since its founding, Under Armour has maintained a dual-class stock structure consisting of Class A Stock, which has been entitled to one vote per share, and Class B Stock, which has been entitled to ten votes per share. Founder and CEO, Kevin Plank, beneficially owns all of the company’s Class B Stock and also owned a small portion of the Class A Stock. As of June, this provided Mr. Plank with 65.5% of the company’s total voting power, but only 16.6% of the total number of outstanding shares. Under the terms of Under Armour’s charter, if the aggregate number of shares of Class A Stock and Class B Stock owned by Mr. Plank is less than 15% of the total number of shares, the dual-class structure will unwind and all Class B Stock would be automatically converted in to Class A stock. This would result in Mr. Plank effectively losing control of Under Armour.

In November 2014, Mr. Plank reviewed his current ownership of Class B Stock with Under Armour’s Board of Directors and requested that the Board evaluate the creation and issuance of a class of non-voting common stock. The Board authorized a Special Committee to consider such a class of non-voting common stock, and to evaluate and make a recommendation to the Board as to whether and on what terms to proceed. The Special Committee recognized that the Company has been well-served by allowing Mr. Plank and management to focus on long-term value creation without distraction. Accordingly, the Special Committee informed Mr. Plank that it would recommend the creation of a Class C Stock and a Class C Dividend. The Dividend would distribute one new share of the non-voting stock for every existing share of Class A and Class B stock. This would allow shareholders to sell the Class C stock without losing any of their voting power.

On May 22, 2015, the Special Committee unanimously determined that the Class C Stock Issuance was in the best interests of the Company and its stockholders. Subsequently, on June 11, 2015, the Board unanimously (other than Mr. Plank, who abstained) voted in favor of the restructuring. No shareholder vote was required, as Mr. Plank holds the majority of the companies voting shares.

Criticism: Under Armour’s decision to change its stock structure, without a vote from its minority or “common” stockholders, has been met with harsh criticism. The restructuring has been criticized for being a means for Plank to cash in on stocks without losing any of his voting power. It has been suggested that this is a warning sign that Under Armour’s valuation is stretched, its share price has risen too fast, and a downfall should be expected. As such, Plank may simply be cashing in while he is on top. The company has inserted certain protections against this, but the protections have not hindered the criticism. Experts are suggesting that the company is trying to acquire both capital and control; a difficult balance to manage. “They want the access to the capital of a public company and the control of a private company,” said Nell Minow, a vice chair of ValueEdge Advisors, which advises institutional investors. “It’s a win-win for them, but not so great for shareholders. Why anybody would want to participate in that, I do not understand.”

Looking forward, this could cause a fair amount of conflict between shareholders, the board of directors, and Plank. Charles Elson, director of the Weinberg Center for Corporate Governance at the University of Delaware noted that “[a]ny time you separate voting rights from economic interests, you create potential problems. . . . If you’re a shareholder and upset about results, there’s nothing you can do about it other than sell the shares. It creates accountability issues. If the board objects, the board is replaced.” Fortunately, few companies have chosen this route. But if Under Armour’s phenomenal success maintains, this could become a template for future corporations.