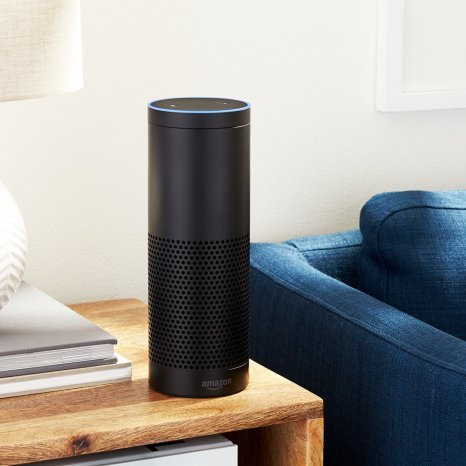 How many smart devices with voice-activation capabilities surround you at any given moment? How many times have you thought about whether they are listening to everything you’re saying, just waiting for the word “Alexa” to wake them up from their idle eavesdropping? Well, some of your concerns may soon be answered by a court in Arkansas.

In late 2016, Bentonville Police Department of Arkansas obtained a search warrant for the recordings produce through Amazon’s “Echo” device pertaining to a bath tub murder. Echo is aptly described as an “always on” device. It continuously listens, waiting to hear the term “Alexa,” which “wakes” it up. Once awoken, Alexa will perform various tasks upon verbal request. She does everything from checking the weather or traffic, to answering trivia, to playing music through a Bluetooth connection.

The prosecutors in the bath tub murder case hope that Echo recordings will indicate a struggle or provide further evidence as to how the gentleman, with a blood alcohol content of 0.32, came to be found dead by morning. They hope that even when sleeping, but still technically still on, Echo was “hearing” what was happening.

Amazon representatives contend that the prosecutor’s request is overly broad and that it is company policy to protect customer privacy records, unless provided with a valid legal demand. Further, Amazon explicitly indicates a disclaimer on the accuracy of a record created by its Alexa device. Because of this disclaimer, the court has an opportunity to establish an awkward precedent of relying on purportedly unreliable evidence, assuming the prosecutors are successful in obtaining the records.

The user agreements Echo customers are subject to pose some questions for curious minds, like ours on this Blog. Generally, Echo users are subject to “Alexa Terms of Use,” which states that “Alexa streams audio to the cloud when” the consumer “interacts” with the device and that “Alexa processes and retains your voice input and other information, such as your music playlists and your Alexa to-do and shopping lists, in the cloud to respond to your requests and improve our services.” Despite attempting to shroud its record retention content as innocuous or stemming from altruistic intentions to improve user experience, clearly Amazon is compiling and retaining recordings of its users through the Alexa device.

With that said, a frequently asked questions page for Echo devices on Amazon.com gives more insight to what happens the “wake word” is heard. But who is listening? The answer is muddy, given two conflicting statements. Within that same “Alexa Terms of Use” policy, Section 3.1 states that “Information provided through Alexa may be stored on servers outside the country in which you live. We will handle any information we receive in accordance with the Amazon.com Privacy Notice.” Consumers should be weary of language like “provided through” in user agreements such as this. With that said, a frequently asked questions page for the Echo devices on Amazon.com states that once the “wake word” is hear by the device, it begins recording and uploading to the cloud. Importantly, upon hearing the “wake word,” the device begins recording and uploading to the cloud “a fraction of a second before the wake word.” The puzzling issue here is how a device that is purportedly “not recording” users at all times can begin recording and uploading data at any time prior to a device hearing the “wake word.”

Naturally, this situation raises plenty of concerns. First and foremost, how fundamentally creepy is it that Amazon may have a treasure trove of audio recordings for each of its Echo customers? Second, how does this implicate the privacy rights of Amazon customers? Thirdly, in what ways will this alter how you use or interact with an Echo device, let alone whether you consider purchasing one?

And your anxiety will rise on the creep-o-meter once you begin to wonder how that mountain of customer data is used. While Amazon does appear to be quite protective over such data, it is uncertain whether that protectiveness is rooted in a duty of loyalty to its customers or is simply a desire to actually sell more of its devices in the future. One could imagine a world where consumers decide to entirely evade purchasing devices that secretly chronicle and file away audio tracks of their lives.

We, as twenty-first century consumers, might believe that we are relatively well-versed in our understandings and expectations when it comes to social media and the internet. However, this case brings to light a layer of digital age privacy that the average consumer need be cognizant of. Time will tell how the Arkansas prosecutor’s records request plays out, but rest assured that inquiry into how data is being collected on these popular “always on” devices will continue to be a hot topic of discussion.