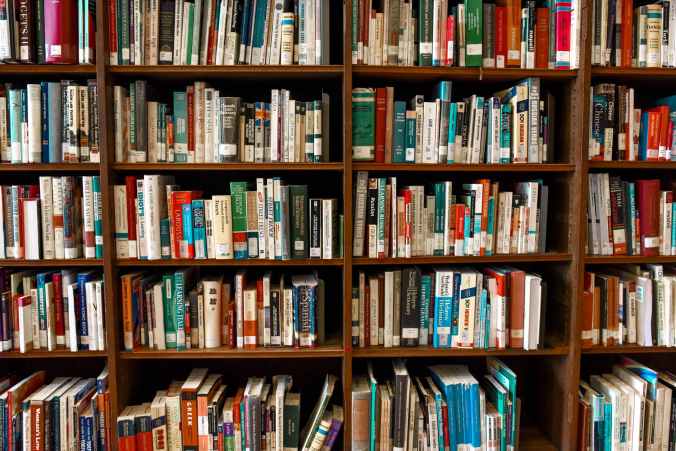 Photo by Element5 Digital on Pexels.com

Missouri House Bill 2044, entitled “Parental Oversight of Public Libraries,” is courting intense controversy because of its bold approach to modern censorship. Coverage of the bill has honed in on the bill’s apparent designs to imprison librarians and ban reading materials. The bill’s sponsor, Republican Ben Baker, sits on the Elementary and Secondary Education Committee and is a minister, missionary, and former professor at Ozark Bible Institute. In an interview regarding the bill’s inspiration, Representative Baker explained that he introduced the bill because of library reading events featuring Drag Queens and what he views as “an agenda by certain groups to introduce children to inappropriate adult themes using the vehicle of the tax funded library to do so.” He claims that his bill does not contain any provision to ban literature or jail librarians, which is how it’s being reported. He laments: “Most of the media and negative response is from those who are too lazy to read the actual bill but instead form their opinions based on headlines that are not objective.”

The text of the bill states that no public library shall receive state aid if the library “allows minors to access age-inappropriate sexual materials.” The bill defines “age-inappropriate sexual material” as “any description or representation, in any form, of nudity, sexuality, sexual conduct, sexual excitement, or sadomasochistic abuse” that would appeal to the sexual interest of minors. Additionally, such material is said to be “patently offensive,” according to the standards of the adult community as to what is appropriate for minors to read. Lastly, the definition states that inappropriate materials lack serious literary, artistic, political, or scientific value for minors.

The bill requires each library to establish a “parental library review board,” which controls what minors can read. The five-member board is to be elected from within a given library’s geographical area and will serve two-year terms. In making determinations of age-inappropriateness, the board will hold hearings for members of the public to voice their concerns. The board is then tasked with examining “individual instances of the questioned sexual material” to make its decision. Finally, the board may decide to “order” any material branded as inappropriate to be removed from public access by minors at the library. This leaves unclear whether such scarlet-lettered books will be exiled entirely or placed in sections of the library where minors lack access, perhaps in the custody of librarians who can only lend the books to adults. Every public library must then report its compliance with the board’s decisions. And perhaps the most controversial mandate: “Any public library personnel who willfully neglects or refuses to perform …is guilty of a misdemeanor and on conviction shall be punished by a fine of not more than five hundred dollars or by imprisonment in the county jail not to exceed one year.”

The History of Censorship and Legal Precedent

The Missouri Bill has provoked accusations and angry denunciations of its attempts at censorship. Censorship – the suppression of ideas and information deemed by some as objectionable, offensive, or dangerous – has often been aimed at limiting the exposure of young people to material considered harmful, because of a perceived need to protect the young from being hurt or influenced by what they read.

While the First Amendment generally prohibits book-banning, it does not bar censorship absolutely. Not all speech is protected, for example obscenity is one category of speech left unprotected by the First Amendment. Obscenity laws seek to classify and restrict material that is deemed to be lewd, offensive, or inappropriate. So, limitations on which books children have access to can be upheld, with community standards guiding the determination of what is “obscene,” as the Missouri Bill does by invoking the standards of the adult community regarding what’s patently offensive.

Arguing that a book is obscene helps evade First Amendment challenges, like the one at the center of Board of Education, Island Trees Union Free School District v. Pico (1982). In that case, the Supreme Court considered whether a school board is limited by the First Amendment in its efforts to remove books from school libraries. The Court scrutinized the actions of the “Book Review Committee,” which took into account a book’s “educational suitability,” “good taste,” “relevance,” and “appropriateness to age and grade level” in deciding whether it should be removed from the library. The Court ultimately held that although school boards have broad discretion to manage school affairs, that discretion must be exercised within the constraints of the First Amendment: “the First Amendment rights of students may be directly and sharply implicated by the removal of books from the shelves of a school library.”

The Court reaffirmed the First Amendment’s pivotal role in fostering individual self-expression and in affording access to the discussion and circulation of ideas. As such, it held that the discretion to remove library material cannot be implemented in a partisan or political manner and books cannot be removed from shelves simply because the ideas contained in them are disliked. Removal of literature cannot be utilized in order to “prescribe what shall be orthodox in politics, nationalism, religion, or other matters of opinion.” On the flip side of this, if removal is founded on obscenity, or some other permissible basis, the same First Amendment issue does not necessarily arise.

Is Censorship a Good Idea?

Even if there isn’t a strong constitutional challenge to a law requiring removal of obscene literature, is restricting access to books a good solution to the perceived harms these materials conceivably carry if consumed by minors? One interesting perspective is that of author Alison Bechdel. Her graphic memoir, Fun Home, is an award-winning work depicting Bechdel’s complex relationship with her closeted father and explorations of her own sexual and personal identity. And it happens to be a common target of book banning campaigns. Bechdel has stated that while she could understand why there is concern over children reading her novel, she believes that “banning books is the wrong approach. If you don’t want your kids to read it, make sure they don’t get a hold of it.” This places an impetus on parents and guardians to responsibly manage readership, rather than removing access in public spaces.

Perhaps a better alternative would be to teach children about what might be inappropriate and why – encouraging a conversation rather than a ban. Moreover, the titles featured among the most commonly banned books, which include 1984, The Catcher in the Rye, and The Color Purple, illustrate how banning can be misguided and serve to perpetuate exclusionary attitudes.  For example, “52 percent of the books challenged or banned in the last 10 years feature so-called ‘diverse content’—that is, they explore issues such as race, religion, gender identity, sexual orientation, mental illness, and disability.” What children lose when met with the silence and absence of a missing book isn’t being compensated by sufficient representation and nuanced conversation of difficult topics. Instead of bans, perhaps there should be a focus on communicating to children more accurately about complex topics in “age-appropriate” ways.

One thought on “Parental Guidance or Censorship?: Policing Art, Expression, and Readership in Public Libraries”