In response to the repeal of Federal Net Neutrality rules, Washington State’s governor and attorney general have both argued that state-level regulations may still prevent Internet service providers (ISPs) from discriminating amongst data offered on their networks.

END_OF_DOCUMENT_TOKEN_TO_BE_REPLACED

Consumers who were frustrated by the high cost of renting set-top boxes filed class-action lawsuits against several cable TV operators. The antitrust class action filed against Cox Communications was the first to go to trial. The complaint, in that case, alleged that Cox violated the Sherman Act by illegally tying its premium cable service to its set-top box rentals. It also alleged that Cox created barriers preventing other companies from offering third-party set-top boxes. The jury returned a $6.3M verdict against Cox Communications. END_OF_DOCUMENT_TOKEN_TO_BE_REPLACED

Responding to novel technological needs and market forces, the FCC has developed a program of incentive auctions. The agency is working to allocate more spectrum to wireless broadband services. The 2010 National Broadband Plan introduced the incentive auction as a voluntary, market-driven system to efficiently allocate the spectrum in a new technological climate; the plan was given congressional authorization in 2012. The FCC issued a notice of proposed rulemaking in September 2012, detailing proposed procedures for these incentive auctions; rules were adopted in May 2014.

The first auction under the new rule regime was Auction 97, which concluded in late January 2015. The auctioned licenses were for the Advanced Wireless Services (AWS-3) spectrum, covering the 1700MHz and 2100MHz blocks. Auction 97 set revenue records; gross bids for the auction totaled nearly $44.9 billion on over 1600 licenses. Furthermore, just 31 bidders purchased these licenses, principally wireless carriers such as AT&T, which alone bid nearly $18.2 billion. The resulting revenue was more than double the previous auction of the 700MHz auction, which took place in 2008. END_OF_DOCUMENT_TOKEN_TO_BE_REPLACED

On February 4, 2015, Tom Wheeler, Chairman of the Federal Communication Commission (FCC) announced, through a Wired op-ed piece, his plan to circulate a new proposal that would allow the FCC to use its authority under Title II of the Communications Act to protect consumer broadband internet and provide stronger “open Internet” protections. The proposal will be subject to a vote by the full commission on February 26, 2015.

The proposal is considered a big win for net neutrality advocates because it could allow the FCC to stop Internet service providers from charging content providers more money for reliable Internet access. The proposal comes as a direct response to President Obama’s speech in November 2014 where he asked the FCC to reclassify the Internet as a public utility and suggested a four point plan for ensuring net neutrality.

Net neutrality, or open Internet, relates to the idea that ISPs and governments should treat Internet data equally in order to preserve its freedom and openness. This could be accomplished by prohibiting the owner of a network from discriminating against information by slowing or tampering with the transfer of any data. Currently, the FCC attempts to ensure net neutrality through the Open Internet Order, which established “high-level rules requiring transparency and prohibiting blocking and unreasonable discrimination to protect Internet openness.” END_OF_DOCUMENT_TOKEN_TO_BE_REPLACED 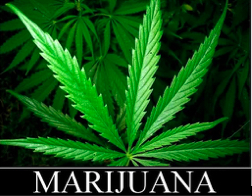 Marijuana has been legalized for recreational use in Alaska, Colorado, District of Columbia, Oregon, and Washington, while medical marijuana has been legalized in 23 states and the District of Columbia. About a dozen more states are expected to legalize marijuana in some form in the coming years. Industry experts expect annual marijuana sales revenues in Washington and Colorado to hit $2.5 billion by 2015. To help capture this revenue opportunity, many marijuana business owners are exploring Internet advertising. Indeed, the home delivery of marijuana is currently advertised on the Internet through various websites.

But marijuana is still illegal under federal law, and current federal laws make it illegal to advertise the sale of illegal drugs. Violations of those laws can be expensive. In 2011, Google agreed to pay a $500 million settlement to avoid federal prosecution for accepting illegal advertisements from Canadian online pharmacies. Due to these legal restrictions, online giants like Facebook, Google, Yahoo and Twitter have internal policy strictly banning marijuana ads. END_OF_DOCUMENT_TOKEN_TO_BE_REPLACED