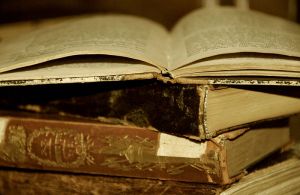 The eight-year legal battle between Google and the Authors Guild has come to an end. On November 14, 2013, federal district judge Denny Chin granted Google’s motion for summary judgment, holding that Google Books, Google’s massive book digitization project, falls under the fair use defense to copyright infringement.

This ruling marks the end of a lawsuit initiated in 2005 by the Authors Guild, an organization representing the interests of authors in copyright protection. The Authors Guild alleged Google committed copyright infringement by digitally reproducing millions of copyrighted books, making them available to the public for online searching, and displaying “snippets” of the books, all without obtaining permission from the copyright holder. Google’s asserted in defense that Google Books constitutes a fair use of the copyrighted books because it makes use of them only for the purpose of allowing readers to find books, not to read them in their entirety.

In his opinion, Judge Chin detailed the many public benefits of Google Books. In particular, he noted that Google Books expands access to books, promotes research in “data mining” or “text mining,” preserves books, and provides a “new and efficient” way for readers to find books, which ultimately also benefits authors and publishers. The project “provides significant public benefits,” according to Judge Chin, and “advances the progress of the arts and sciences, while maintaining respectful consideration for the rights of authors and other creative individuals, and without adversely impacting the rights of copyright holders.” Judge Chin also spoke to the “highly transformative” nature of Google’s use of the copyrighted works: “Google Books digitizes books and transforms expressive text into a comprehensive word index that helps readers, scholars, researchers, and others find books.”

According to Judge Chin, these four factors, on balance, compelled a finding in favor of fair use. As to the purpose and character of the use, while Google Books is a for-profit entity, it “does not engage in the direct commercialization of copyrighted works.” As to the nature of the work, the books “are published and available to the public.” As to the effect of the use, Judge Chin found that “in this day and age of on-line shopping, there can be no doubt but that Google Books improves books sales.” These factors all weighed in favor of fair use. The third factor, the amount and substantiality of the portion used, weighed slightly against a finding of fair use because Google Books scans entire books and copies verbatim expression. However, in determining that this factor only weighed “slightly” against fair use, Judge Chin noted the full-text search function makes the full-work reproduction “critical to the functioning of Google Books,” and he found it significant that “Google limits the amount of text it displays in response to a search.”

While this is a district court ruling, Judge Chin’s decision in Authors Guild v. Google confirms Judge Baer’s decision last year in the related case Authors Guild v. HathiTrust, and provides support for the argument that making copies of an entire work can be fair use when it is for a transformative purpose, such as making the work searchable. The HathiTrust case is currently on appeal in the Second Circuit and Authors Guild has made public its intent to appeal Judge Chin’s decision. But, as one legal scholar notes, it seems unlikely the Second Circuit or the Supreme Court will overrule these decisions.  For now, this decision serves as a major victory not only for Google, but also for readers, scholars, libraries and technological innovation.