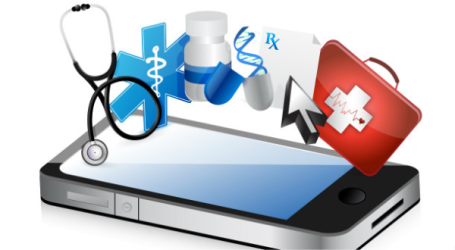 Among the countless mobile applications that allow us to control much of our lives, the growing wave of medical apps allows us to manage and improve our health with the convenience of a phone or tablet. But, as illustrated by the Federal Trade Commission’s approval of its final order against the maker of the UltimEyes app, this possibility comes with important limitations.

Aaron Seitz, a University of California Riverside psychology professor, launched UltimEyes in 2014. The vision improvement app functions like a game, testing vision and adapting to the user’s performance over multiple sessions. The purported effect is a type of “brain fitness” training which allows users to see from greater distances—a claim which Seitz backed up with a study showing that nineteen baseball players improved their ability to see long distances by an average of 31% after using the app.

Despite the study, it is uncertain whether the app actually works. Nevertheless, the app’s promotional materials still promised various science-backed improvements to the user’s vision. In 2015, the FTC charged Carrot Neurotechnology, Inc. (the corporation which sells UltimEyes, co-owned by Seitz and Adam Goldberg) with violations of Sections 5 and 12 of the Federal Trade Commission Act.

In its complaint, the FTC cited statements from UltimEyes’s website, descriptions on third party app stores, and press releases, which directly or indirectly represented that the app was scientifically proven to “[t]urn back the clock on your vision” and “[i]mprove [y]our [v]ision [b]y 31%,” among other benefits. The FTC asserted that the claims were not substantiated by scientific testing and were false or misleading. Further, while the ads referred to Seitz’s study as scientific support, they did not specify Seitz’s role as a co-owner of Carrot. According to the FTC, this constituted a deceptive failure to disclose material connections.

Carrot and its co-owners settled with the FTC for $150,000 and agreed to stop making unsubstantiated claims about the app’s efficacy. On February 22, 2016, the FTC approved a final consent order prohibiting Carrot and its co-owners from making the deceptive claims and misrepresenting scientific research, and further requiring them to disclose material connections with those involved in cited research.

The implications of this order are significant for mobile medical app businesses and serve as a reality check to potential users about what apps can really deliver. The order illustrates a high standard (“human clinical testing … sufficient in quality and quantity, based on standards generally accepted by experts in the relevant field”) for the clinical research necessary to substantiate claims about a medical app.

Seitz has argued in an open letter to the FTC (published before the approval of the final order) that such a standard does not reflect the validity of research in his field of study and would undermine the incentive for scientists to make their findings available to the public. Whether the order will have any kind of chilling effect on the commercialization of research for apps remains to be seen. Either way, this is one of several recent FTC actions in the same vein, suggesting that the days of the “Wild West of medical apps” may officially be at an end.

Also notable is the FTC’s enforcement in the medical device area, which is typically governed by the Food and Drug Administration. Given the overlap between the FDA’s and FTC’s domains when it comes to medical apps (i.e., where there is risk of both consumer and health-related harm), the two agencies must sort out their respective roles. It seems that the FTC, having more resources to go after app developers, will be the dominant authority in this area, at least for now.