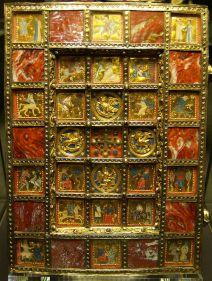 Germany will likely be forced to defend itself for the first time in a U.S. Court against claims relating to the theft of art by the Nazi party. The complicated issue of ownership and title to art looted by the Nazi regime is not new, but this case could have extensive implications to ongoing and future litigation in this area of law nonetheless.

On Friday March 31, Judge Colleen Kollar-Kotelly, the presiding judge for the U.S. Foreign Intelligence Surveillance Court, refused to toss out a case that pits the Prussian Cultural Foundation, a German foundation that currently possesses the artwork in dispute, and the Germany government against heirs of Jewish art dealers and owners persecuted by the Nazi regime. She wrote in her opinion that the “taking of the Welfenschatz . . . bears a sufficient connection to genocide such that the alleged coerced sale may amount to a taking in violation of international law.” This, Judge Kollar-Kotelly found, gave the court jurisdiction to hear the case.

In this case, heirs of three Jewish art dealers seek the return of the “Welfenschatz” collection, a celebrated and valuable collection of centuries-old gilded medieval art pieces. In 1935, the Jewish art dealers sold the art to the State of Prussia, which at the time was under the administration of the prominent Nazi official Hermann Goering.

The lawyers for the heirs convincingly argue that extreme pressure from the Nazis forced the dealers to sell the Welfenschatz collection for just 35 percent of its market value. However, even that small sum was deposited into a bank account that was immediately frozen by the Nazi party and made inaccessible to the dealers.

Ultimately, most of the money was seized as “flight taxes” by the Nazis, who charged Jews extortionate fees before they were allowed to leave Nazi-controlled territory. The Welfenschatz was eventually gifted to Adolf Hitler by Goering, as a “surprise gift.” It’s hard to imagine that the dealers got a “fair deal” by any standards.

Germany’s attorney argued that the dispute had already been resolved on the merits, and thus does not belong in a U.S. court. The case had already been heard before a German commission assessing Nazi-era property claims, which found that the collapse of the art market during the Great Depression caused the extremely low sales prices – not the pressure and persecution the Jewish art collectors were faced with.

In response to this assertion, plaintiff attorneys Mel Urbach and Markus Stötzel argue that a “fair deal” was impossible for Jewish art dealers to have in 1935. In other words, not only were some Jewish art dealers individually persecuted; they were all systematically persecuted by the Nazis. The case will turn on this determination, and will also potentially set precedent enabling similarly situated plaintiffs to bring suit to recover their Nazi-looted art.

This lawsuit does represent the first time a U.S. court has found jurisdiction over a sovereign in a Nazi-looted art case. However, more importantly, the case could shift the burden of proof from the heirs of allegedly subjugated art dealers or private owners to the German museums and art foundations. The latter would be required to show that they were in fact the legal owners of works of art that came into their possession during the Nazi regime.

But wait – why is this case, and others like it, in a U.S. court in the first place? That answer stems from a law passed in 1938 by the Nazis… that remains on the books in Germany to this day.

The same law that allowed Nazis to seize any “degenerate art”, or Entartete Kunst, which the Nazi’s deemed un-German, Jewish, or Communist in nature, continues to block heirs’ ability to have their restitution cases considered in German courts. The plaintiff’s attorneys drew attention to the fact that there is no legal basis for German courts to even consider these types of  restitution cases.

The Limbauch Foundation, tasked with mediating cases of dispute involving the restitution of cultural assets which were confiscated during the Nazi regime, can only make recommendations that are not legally binding. Not surprisingly, since 2003 the Foundation has only successfully restituted 13 pieces of artwork. As a result, German culture minister Monika Grütters announced that the Limbauch Foundation will see major reforms.

Grütters’ intended changes include adding two Jewish members to the commission, publishing the commission’s agenda online to aid transparency, and limiting members to fixed-terms instead of life-long appointments. These changes were too little too late for plaintiffs in the Welfenschatz case.

Regardless of where the law currently is, or seems to be going, there is a moral factor that is inescapable: even if the museums don’t have to give the art back, shouldn’t they? The ethical stance that private Jewish art dealers and owners who lost their art because of Nazi persecution deserve restitution is an easy one to support. It is right.

Until now there has been no effective mode for heir-plaintiffs to find justice in this area of law. The Welfenschatz case moving forward in a U.S. court could mark a changing of the winds. One thing is definite: until Germany provides plaintiffs a meaningful means to seek restitution, U.S. courts can expect to continue seeing Nazi-looted art cases of this nature.