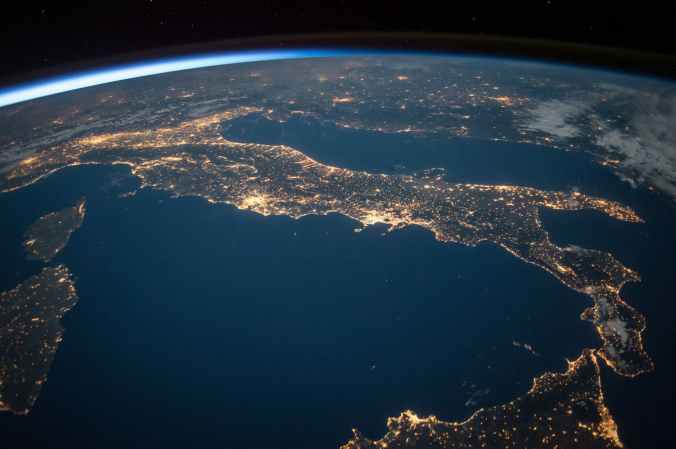 Photo by Pixabay on Pexels.com

As humanity races to advance in the 2020s, many have become uneasy about the amount of space weaponizing that has occurred.  Last month the United States officially created the sixth branch of its military, the Space Force, signaling to the world America’s long-term intent to develop and protect its space-based capabilities. However, the United States is not the only government that is actively weaponizing space, or has been for a long time.    China has a robust space weapons and technologies program that is very secretive and active.  Same is true of Russia which has a storied history of developing and deploying space-based weapons in the past, like its famous R-23M Space Cannon from the 1970s.  And in early 2019, Japan shot an explosive at an asteroid it landed on in space, which created a crater much larger than they expected.

While none of us know the full extent of any country’s space-based capabilities, we do know that every major space-faring nation is developing and researching a variety of space-based weapons and technologies and has legally been doing so for a long time.  This is not likely to change as we move into the future and it could very possibly upset global stability.  We need only to image a country sabotaging and disabling another country’s satellite infrastructure, deploying a missile defense shield in space, or taking any number of equally troubling actions to realize that the prospect of escalating global tensions and destabilization are very real on our current trajectory.  At the heart of the issue is the fact that International law is largely silent on weaponizing space.  Not only are most weapons and actions in space not prohibited by any law, but there are also no agreed upon remedies or deterrents for most aggressive and destabilizing conduct.

The framework for international space law is the Outer Space Treaty of 1967, which was signed and adopted by most major space-faring nations.  The treaty recognized several broad principles of space exploration, a few of which either directly or indirectly impact how countries can weaponize space, such as: the exploration and use of outer space shall be carried out for the benefit and in the interests of all countries and shall be the province of all mankind; states shall not place nuclear weapons or other weapons of mass destruction in orbit or on celestial bodies or station them in outer space in any other manner; states shall be liable for damage caused by their space objects.  While nuclear weapons and weapons of mass destruction are expressly prohibited, all other weapons are not.  Further, the broad principles that space is the province of all of mankind and nations are liable for the damage caused by their space objects provides a vague understanding susceptible to different interpretations.

Five years later, the Convention on International Liability for Damage Caused by Space Objects was entered by United Nations General Assembly as an outgrowth of the Outer Space Treaty.  The Liability Convention established that “a launching State shall be absolutely liable to pay compensation for damage caused by its space objects on the surface of the Earth or to aircraft, and liable for damage due to its faults in space.”  While this convention provides a basis for establishing a cause of action for damage caused by space objects, it has only been invoked once in 1978 when the Soviet’s nuclear-powered Kosmos 954 satellite crashed in Canadian territory.

In 2008, China and Russia introduced the Treaty on Prevention of the Placement of Weapons in Outer Space and of the Threat or Use of Force against Outer Space Objects (PPWT). However, the United States declined to sign citing concerns over the security of its space assets and infrastructure.  Similarly, in 2014, the General Assembly of the UN passed two resolutions on preventing an arms race in outer space.  The first was the Prevention of an arms race in outer space, a resolution that “call[ed] on all States, in particular those with major space capabilities, to contribute actively to the peaceful use of outer space, prevent an arms race there, and refrain from actions contrary to that objective.”  The second was the No first placement of weapons in outer space, a resolution that emphasized the desire to prevent an arms race in space by prohibiting the preemptory deployment of weapons in space as a way of to protect and deter other nations.  The United States declined to sign both resolutions.

Europe recently drafted a non-binding Code of Conduct for Outer Space Activities that calls on member states to establish “policies and procedures to minimize the possibility of accidents … or any form of harmful interference with other States’ right to the peaceful exploration and use of outer space.”  The Code of Conduct is based on three principles: 1) the freedom of access to space for peaceful purposes for all nations; 2) preserving and securing space objects in orbit; and 3) consideration for the legitimate defense interests of all nations.   Under the Obama administration, the United States was moving forward with adopting the Code of Conduct stating that it believed that it would lend order and predictability to the space domain by promoting norms of responsible behavior.  However, under the Trump administration the United States changed course and distanced itself from Code of Conduct because of concerns over its non-binding nature and the lack of a formal enforcement mechanism, among other reasons.

Today the space domain is the wild west.  Apart from a ban on nuclear weapons and weapons of mass destruction, as well as a few foundational and vague global principles, nations are free to develop and deploy a wide variety of weapons and technologies in space with few repercussions for undesirable actions and little recourse for other countries.  Attempts to ban weapons in space have consistently failed and will likely continue to fail for the foreseeable future.  The problem with banning weapons in space are numerous and likely insurmountable.  First, it is incredibly hard to get international consensus on the definition of a “weapon” and determine which weapons are prohibited because many weapon technologies have civilian, commercial, and military applications. Second, even if all countries could agree on the first point, in order for any country to reverse course and stop researching and developing certain weapons, they would have to feel secure that all other countries had reversed course as well.  This would require a monitoring and verification mechanism that would allow all countries some level of access to the space activities and programs of all other countries.  This is the main thorn in global anti-nuclear proliferation efforts and has been the sticking point that has derailed numerous attempts to curtail nuclear ambitions.

However, a space weapons ban is not the end all be all to stave off a space arms race.  We can still enhance the legal framework around weapons in space without an outright weapons ban.  In fact, some have called for changing the framing from banning weapons to banning actions.  This would allow all nations to research and develop whatever technologies and weapons they like, bypassing the need to define and identify banned weapons.  It would also do away with the need to monitor and verify what nations are researching and developing in their clandestine space programs.  Instead, actions like attacking satellites, using a missile defense shields, or bombarding a country with missiles from space, could all be banned actions.  Verifying that a country did not commit a banned action would be much easier as well, and the creation of remedies for violations would create a deterrent for all countries to not engage in prohibited actions.

The arms race in space may not be avoidable, but it is manageable.  Continuing to operate globally with little restrictions and recourse for space activities is dangerous and potentially destabilizing.  The world needs to update and enhance existing space law to provide a stable framework for future space-based activities that balances all nations’ rights to pursuit science, defense, and access to space, while prohibiting potentially catastrophic space activities that could destabilize world governments and escalate global conflicts.