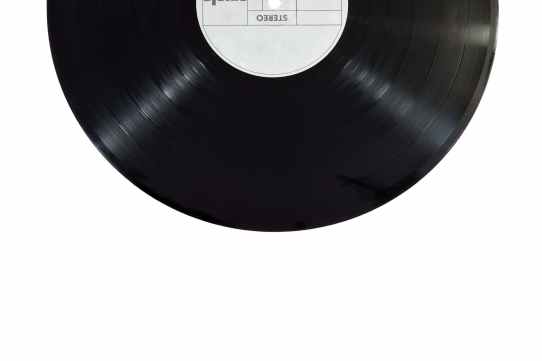 Many people argue that if a person legally purchases a copyrighted good, like a book, computer, or album, they should also have the right to sell. This right was recently affirmed by the Supreme Court in Kirtsaeng v. John Wiley & Sons, which dealt with textbooks purchased legally in Thailand and imported to the United States. The decision in Kirtsaeng hinged on the “first sale doctrine,” which is the common copyright principle that limits a copyright owner’s ability to control the distribution of a particular copy of their work once a legal first sale has taken place.

One would assume the first sale doctrine would also apply to legally purchased digital property, however, in the 2018 case Capitol Records, LLC v. ReDigi Inc., the Second Circuit Court of Appeals affirmed a federal district court decision holding the first sale doctrine did not apply to digital music files. The decision in the ReDigi case severely limits consumers’ digital copy rights and has a chilling effect on innovation in secondary sales markets for any digital property.The ReDigi Decision

The defendants in ReDigi operated an online company that facilitated the resale of digital music files purchased legally through iTunes. The system operated in a fashion that made concerted efforts to prevent the illegal duplication of digital files that a user offered for sale. First, the user was required to install software on their computer that would analyze the digital file to verify that it was originally purchased lawfully from iTunes, then scan for indications of tampering. If the software deemed the file was lawfully purchased, it would be marked as an “eligible file” for resale, and would begin the process of migrating the data from the user’s computer to the ReDigi cloud server.

As a result of this process “the entire file never exists in two places at once.” As a means to guard against the retention of duplicated digital files, ReDigi’s software would continuously monitors the user’s computer and connected devices to detect duplicates. When a user attempted to upload a file to ReDigi’s server, ReDigi “prompt[ed]” them to delete any pre-existing duplicates that the software detected. If ReDigi detected that the user has not deleted the duplicates, ReDigi blocked the upload of file. If a duplicate of a previously uploaded file was detected, ReDigi would prompt the user to authorize ReDigi to delete that duplicate from their personal device and, if authorization was not granted, the user’s account would be suspended. Both the plaintiff and defendant in the case agreed that the measures ReDigi put in place to guard against duplication of files were not foolproof, and that methods existed for users to obfuscate the detection of duplicate files – e.g., a duplicate CD, thumb drive, secondary computer, or third-party cloud service unconnected to the computer that ran the ReDigi software could be used to store digital files that had been sold through ReDigi.

The court in ReDigi found that the method of transferring files constituted an illegal reproduction of a digital file because it violated the plaintiff’s exclusive control of reproduction under 17 U.S.C. §106(1). The court reasoned that ReDigi was effectively creating a new copy of the file during the data migration. ReDigi raised the argument that the digital files should have been considered “material objects” under 17 U.S.C. §101, and therefore qualified for protection under 17 U.S.C. §109(a), which stipulates that “the owner of a particular copy or phonorecord lawfully made under this title, or any person authorized by such owner, is entitled, without the authority of the copyright owner, to sell or otherwise dispose of the possession of that copy or phonorecord.” The court rejected this argument, however, finding that even if the phonorecord was protected under §109(a) it would still be an unlawful reproduction of the file. In making this determination, the court relied heavily on narrow statutory interpretation of §106(1) and a rejection of the fair use doctrine under Section 107 of The Copyright Act.

Is there hope for the future?

When courts intervene in unpredictable ways, businesses are less likely to innovate for fear of decisions like ReDigi, where a company with a novel idea was forced out of business and into bankruptcy because of an unexpected and narrow application of statutory language. While the Second Circuit ultimately affirmed the district court’s ruling in favor of the plaintiffs, there may yet be hope for the future of secondary sales of digital music. The court seems to have encouraged legislative action in saying: “As for whether the economic consequences of ReDigi’s program are beneficial and further the objectives of copyright, we take no position. Courts are poorly equipped to assess the inevitably multifarious economic consequences that would result from such changes of law.”

It is incumbent upon the legislature to make necessary clarifications and updates to The Copyright Act to apply the first sale doctrine to digital property, and end the chilling effects of uncertainty on innovation in the secondary sales market.