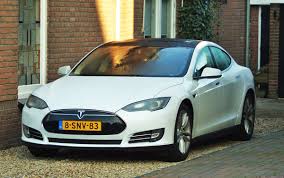 Recently, numerous drivers have claimed that their Tesla vehicles have crashed while in autopilot mode. Perhaps most notable was a crash that occurred in Florida, when a 2015 Tesla Model S in autopilot mode failed to apply the brakes and subsequently crashed into an eighteen-wheel tractor-trailer. The driver of the Tesla was killed.

Traffic fatalities are commonplace. In 2014, there were 29,989 motor crashes in the United States, from which 32,675 deaths resulted. This, however, is the first fatality that has occurred in a Tesla while it operated in autopilot mode. However, Tesla autopilot has been used in over 130 million miles, and on average, a fatality occurs every 94 million miles in the United States and every 60 million miles worldwide. Such facts can seem to beg the conclusion that Tesla autopilot renders its vehicles safer than those that are manually operated.

END_OF_DOCUMENT_TOKEN_TO_BE_REPLACED

California’s law purely regulates test-driving and does not attempt to regulate anything further—such as the commercial sale or consumer use of autonomous vehicles on California roads. Future legislation will have to include much broader provisions on the commercial sale and consumer use of these cars. In the meantime, testing requires here-and-now regulation, like that in California. END_OF_DOCUMENT_TOKEN_TO_BE_REPLACED