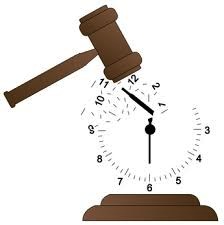 In November 2014, allegations that Bill Cosby had sexually assaulted women several decades ago were widespread. Barbara Bowman wrote a first-person article in The Washington Post, claiming that Cosby had drugged and raped her in the mid-1980s. These allegations came years after Andrea Constand, another alleged victim, filed a civil suit against Mr. Cosby in 2005. In total, more than two dozen women have come forth claiming that they were sexually abused by Cosby. Bill Cosby’s fallout has been swift; Netflix pulled his comedy special, NBC dropped plans for a new Cosby sitcom, and TV Land pulled their reruns of The Cosby Show. No criminal charges have been brought against Cosby, though various investigations have been reopened.

Cosby’s actions since the allegations became public have lead to a variety of civil lawsuits, including one for defamation. In 2005, Tamara Green told the Today Show that Bill Cosby drugged and sexually assaulted her in the early 1970s. Cosby’s lawyers vehemently denied the allegations and allegedly approached a newspaper with “damaging information” about her. Tamara Green, and two others have since filed suit against Cosby for defamation.  In response, Cosby has claimed he has a right to make “privileged utterances of self defense.” END_OF_DOCUMENT_TOKEN_TO_BE_REPLACED