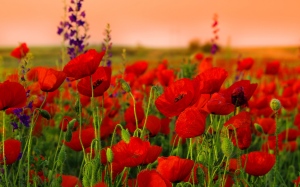 On May 18, a group of researchers published an article describing a method for the conversion of simple sugar to opioids including morphine. Proponents believe this could change the way many useful drugs are manufactured, while others are calling for regulation that limits access to the required DNA. The process is not currently feasible outside of a laboratory, but commentators worry that refinement of the technique could lead to people creating morphine with the same equipment used to craft home brewed beer. Such a streamlined process could be developed within a year.

Morphine and other opioids are historically produced from the poppy plant. The cultivation of the crop is common in Latin America, as well as Southwest and Southeast Asia. Farmers in countries with weak drug enforcement, such as Afghanistan, Myanmar, and Mexico, supply the crop to drug cartels, who smuggle and distribute heroin throughout the world. In Afghanistan, which produces much of the world’s heroin, the value of trafficking of opium is estimated to be $8 billion dollars a year. The wide spread use of this new process could disrupt these established supply routes.

The DEA does not presently consider the development to be “an imminent threat.” However, commentators, such as Kenneth A. Oye, have voiced concerns over the implications of this new process. He is particularly concerned with the reaction of drug cartels. These cartels could adopt the technology and manufacture heroin domestically, without the need to smuggle drugs across borders. The loss of exclusive control over the supply could also lead to a violent reaction as it has in other drug markets; Mexican gangs have taken over farms growing marijuana in the United States. Moreover, the capacity to create the opioids could lead to widespread domestic manufacture, as in the case of methamphetamine, resulting in increased availability.

Heroin is extremely dangerous and addictive. According to a 2014 DEA report, both use and availability are actually on the rise in the United States. In recent years, heroin and opioid abuse have ravaged regions of the country, particularly the Northeast. In 2014 in Connecticut alone, there were around 500 deaths involving overdoses of heroin and other opioids. Widespread availability resulting from the new process could exacerbate these trends.

Yet proponents of the process think these concerns are overblown. Christina D. Smolke believes that the required skills for this sort of manufacture are beyond those without training. Furthermore, Robert H. Carlson argues that these prohibitions would simply fail to work, just as Prohibition failed to abolish illegal alcohol manufacture. This may be a practical reality, but the consequences of wide spread heroin availability are a far more dangerous proposition that may warrant tight control of this process.