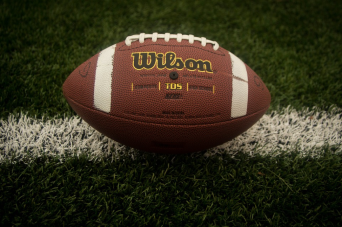 For college football players, all of these questions are now connected. Last month a regional office of the National Labor Relations Board issued a controversial advisory memorandum. The NLRB indicated that some rules in Northwestern University’s Football Handbook were unlawfully overbroad with respect to Section 8(a)(1) of the National Labor Relations Act. The NLRB previously interpreted this provision of the statute as enforcing certain rights of expression for employees on social media where those rights relate to “concerted activity for mutual aid and protection.” The provisions of the Northwestern Football Handbook at issue discouraged players’ social media presence largely due to concerns about protecting the school’s image. Among other things, the NLRB memorandum countered that players must have greater freedom to post on social media to discuss issues such as their health and safety.

END_OF_DOCUMENT_TOKEN_TO_BE_REPLACED

Last year, national sandwich chain Jimmy John’s garnered widespread media attention after it was revealed that the company requires many of its sandwich makers, and some delivery-drivers, to sign non-compete agreements for entry-level jobs. The Huffington Post originally obtained Jimmy John’s non-competition covenant, and Jimmy John’s has since become the center of litigation, as well as Congressional legislation, to protect the mobility of low-wage workers.

Jimmy John’s non-compete agreement shocked some, and outraged others, for its potentially far-reaching effects and the hardship it could impose on low-wage workers. The agreement prohibited former employees from working for any sandwich-making restaurant within a three-mile radius of a Jimmy John’s location within city limits, for at least two years. As drafted, the agreement could preclude former employees from working for any competing restaurant within an entire city (the covenant applies to any restaurant that derives at least ten percent of its profits from sandwich-like products). Jimmy John’s justifies the agreement due to the “substantial time, effort, and money in developing the products sold to customers” and effort spent “refining the procedures to be used in operating” Jimmy John’s restaurants. Subsequently, the controversy has inspired media outlets to expose similar low-wage non-compete agreements utilized by other companies, including Amazon. END_OF_DOCUMENT_TOKEN_TO_BE_REPLACED

It is generally understood that certain online behaviors can lead to trouble in the employer-employee context. Many of us are familiar with stories of people who were fired or denied jobs after posting incendiary selfies, offensive messages, or rants about work on social media. While risking one’s employment status is enough to worry about, being criminalized for online behaviors is an entirely different possibility. Up until last week, one case has led second circuit courts to wrestle with defining the criminal liability associated with two particular online behaviors: the violation of workplace policies on computer use, and “thoughtcrime,” specifically the online posting of fantastical statements. END_OF_DOCUMENT_TOKEN_TO_BE_REPLACED

Generally, independent contractors are cheaper for companies to hire. Employers do not have to offer benefits like health insurance and 401(k)s, pay overtime or give paid days off, cover the employer share of their payroll taxes, or withhold income taxes. Independent contractors essentially run their own business with autonomy to decide when, where and how to do the work assigned. They have the freedom to take on projects with other companies. END_OF_DOCUMENT_TOKEN_TO_BE_REPLACED 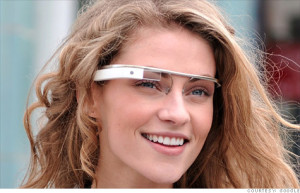 Wearable Technology is one of the hottest new technology areas today. Apple Watch, Google Glass, as well as health monitoring devices like FitBit, may be some of the most well known examples of wearable technology. However, there are many others in development. Future wearable technology even includes jewelry such as smart earrings that can monitor one’s heart rate as well as energy burned and   allows the user to sync wirelessly with a smartphone or a PC. Morgan Stanley estimated the potential market size for wearable technology at $1.6 trillion and noted that wearable devices will become the fastest consumer technology devices. IDC Worldwide Wearable Computing Device 2014-2018 Forecast and Analysis predicts that by 2018, wearable technology will account for 10% of the global electronics market. There is even a Wearable Technologies Conference in Milan, Italy, the fashion capital of the world, with a focus on bringing together the world of fashion and the world of technology.

Wearable technology refers to electronic technologies or computers that are incorporated into items of clothing and accessories, which can be worn on the body or attached to clothes. These wearable technologies, like Google Glass and Apple Watch, perform many of the same computing tasks as mobile phones and laptop computers. As the invasion of the latest wearable technologies continues to pervade our everyday lives and workplace, it creates issues for the workplace and the employers. Someone wearing Google Glass or an Apple Watch can take photos and videos of documents, which might potentially infringe upon someone else’s proprietary rights. These confidential documents can be uploaded directly to a personal account in the Cloud and then deleted from the wearable device. The risk of inadvertent disclosure of an employer’s trade secret is significant; it could result in millions of dollars in licensing revenue losses or loss of a competitive advantage. Despite such risks, the employer’s policy to regulate the usage and restrictions in the workplace may be quite challenging. END_OF_DOCUMENT_TOKEN_TO_BE_REPLACED