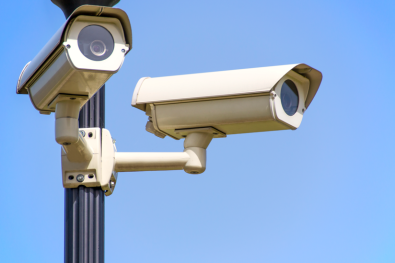 Depending on your views about privacy and police accountability, it may be the best of times or the worst of times. Either way, it is clear that sensors, specifically cameras, have taken center stage as communities seek to objectively reconstruct confrontations between law enforcement and the public.

In what many call the “fastest technology upgrade in policing history”, body-worn cameras (BWCs) are quickly being deployed by police forces throughout the nation, inspiring widespread public support. Although a recent New York Times profile on the rollout of BWCs in Seattle highlighted the growing pains of rapidly deploying new technology, a summer survey found that  70% of Americans support BWCs becoming standard issue throughout all law enforcement. As an added bonus, the cameras appear to be increasing public accountability as well. Studies show public complaints of police misconduct down a whopping 93% in municipalities that have deployed the cameras. So the more cameras the better, right?

END_OF_DOCUMENT_TOKEN_TO_BE_REPLACED

Much of the media attention addressing encryption for smartphones has been primarily centered on Apple and Google. Both Android and iOS operating systems offer whole device encryption, where a user’s phone data cannot be accessed without a code. Apple was the target of a lawsuit brought by the FBI who was requesting Apple unlock the cellphone of San Bernadino shooter, Syed Farook (see previous WJLTA Blog posts here and here). This case typifies an ongoing public debate about the balance the law should strike between privacy and security. But whole device encryption is just the tip of the iceberg.

END_OF_DOCUMENT_TOKEN_TO_BE_REPLACED

Both the State of Washington and the United States Department of Justice (DOJ) have recently issued new policies regarding law enforcement’s use of cell site simulators. Colloquially known as StingRays, cell site simulators spoof cell towers and trick mobile devices in close proximity to the simulator into connecting with it and unveiling their unique location information. While it is possible to initiate more sophisticated attacks, such as deception and logging of message contents, the DOJ asserts in its new policy that its Stingrays are not configured with such capabilities in accordance with the pen register and trap and trace definitions in 18 U.S.C. §3127(3).

Previous use of StingRays, unveiled by research by privacy advocates, show that both federal, state, and local law enforcement entities have been previously approved under traditional pen register/trap and trace orders. While the DOJ argues that obtaining authorization pursuant to the Pen Register Statute is appropriate for these devices, critics say pen registers, which record the numbers dialed to and from a phone, are different than cell site simulator technology, which record a phone’s location and manipulate how a phone connects with its cellular network. END_OF_DOCUMENT_TOKEN_TO_BE_REPLACED 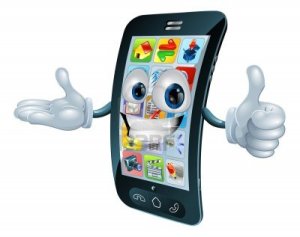 Judge Koh wrote that tracking cell phones with historical cell site location information is particularly dangerous because law enforcement can use the cell site information to look into people’s homes and learn detailed information about an individual’s personal life. Judge Koh ruled that the government must obtain a search warrant to access these personal details because: (1) people expect privacy from government intervention when they are at home; (2) people have a higher expectation of privacy when it comes to long-term surveillance, and (3) cell phone location data can reveal a great deal about an individual because everyone turns on their cell phone and carries it with them. Twelve states agree with Judge Koh; six states already have a law that requires the police to get a warrant, and six are trying to get one.

However, not all states or courts agree with Judge Koh. Early this year, an 11th Circuit panel held that the police do NOT have to get a warrant to look at CSLI. Additionally, a 6th Circuit panel in Cincinnati held that you do not have a reasonable expectation of privacy if you accidentally butt-dial, ahem, pocket-dial, somebody. Why? The court compared it to leaving your curtains open; while there is still a privacy interest, it’s not nearly as strong because you are letting people look in your home. It would be simple to protect your privacy by shutting your curtains, or, by password protecting your phone.

It looks like this particular fight could head toward the Supreme Court, and the result could impact all cell phone users. Until that time, you should probably put your phone in airplane mode the next time you rob a bank.