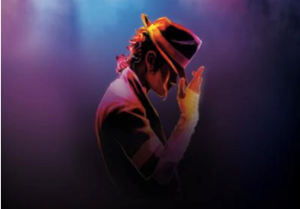 The phenomenon of bringing deceased musicians back to life on stage via “hologram” technology may have hit a bump in the road with the most recent suit involving the controversial process. We have previously covered some of the copyright implications of these holographic resurrections, but now Hologram USA and Musion Das Hologram Limited have filed a complaint in the Federal District Court for Central California against Cirque Du Soleil alleging patent infringements stemming from Cirque Du Soleil’s use of a Michael Jackson hologram in a stage show. Hologram USA and Musion claim to exclusively hold the North American patents on the devices that generate these images. This case will likely prove to be a major indicator of whether we will see more artists performing on stage via this method, or whether this will become a tightly guarded industry.

These images are not holograms in the strict sense of the word, but instead have their origin in a 19th Century illusion technique known as “Pepper’s Ghost,” an effect that creates an eerie image by carefully manipulating an object’s reflection against a backdrop. Musion used this trick as the basic starting point to develop apparatuses that create the illusion of a three-dimensional image “virtually indistinguishable from real-life bodies.” Musion holds the patents for two devices necessary to generate this projection: 1) a tool to display the moving images on the stage (the “519 Patent”) and 2) the actual projection apparatus and method for the Pepper’s Ghost illusion (the “212 Patent”). Musion subsequently granted Hologram USA an exclusive license to use these patented devices. Together, the two inventions allowed Pepper’s Ghost to make the leap from theme park and magic show mainstay to live concert prop, most notably during the 2012 Coachella Valley Music and Arts Festival, when Tupac Shakur “performed” on stage with Dr. Dre and Snoop Dogg nearly 16 years after his death. END_OF_DOCUMENT_TOKEN_TO_BE_REPLACED