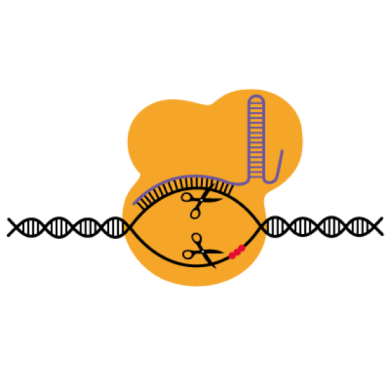 In addition to the cited sources, the author would like to thank a family member with far more scientific knowledge, Michael R. Rebagliati, Ph.D., for his essential scientific edits, commentary and analysis.

Right now, a new gene-editing technology called CRISPR-Cas9 is spreading throughout the scientific and business communities and into the public consciousness. The scientific implications are vast because CRISPR (Clustered Regularly Interspaced Short Palindromic Repeats) is not just one scientific invention with one purpose. Rather, it is a natural process that has been harnessed and redirected into a gene-editing technique that is (relatively) easy to use. Moreover, its high efficiency means that scientists can use it to edit the genetic code of any gene in many kinds of organisms. Think Industrial Revolution for genetic engineering. END_OF_DOCUMENT_TOKEN_TO_BE_REPLACED

In 2011 Congress enacted the Leahy-Smith American Invents Act (AIA), which established a new Patent Trial & Appeal Board (PTAB) within the Patent & Trademark Office (PTO) and instituted several new administrative proceedings to review certain issues of patentability. Ever since, patents before the Board have been perishing like Game of Throne wedding guests (or as Judge Rader puts it: PTAB are the “death squads killing property rights”). Unsurprisingly, unhappy patent owners seized their first possible opportunity to challenge various aspects of PTAB proceedings. This led to the Supreme Court hearing of Cuozzo Speed Technologies, LLC v. Lee, No. 15-446. The oral argument was conducted on April 25, 2016, and the transcript can be found here.

END_OF_DOCUMENT_TOKEN_TO_BE_REPLACED

If you spent this past summer looking forward to the most recent Fantastic Four movie, I am deeply sorry for the utter disappointment. However, if you have been following the news of the Patent Trial and Appeal Board (PTAB) instead, this has been a truly great summer! Following the roll-out of the American Invents Act, the United States Patent and Trademark Office (USPTO) started to solicit public comments for a proposed rule change package for trials before the PTAB and has proposed a pilot program to have a single Administrative Patent Judge determine the institution of an Inter Partes Review. END_OF_DOCUMENT_TOKEN_TO_BE_REPLACED

The United States Court of Appeals for the Federal Circuit (“CAFC”) recently handed down its first decision regarding an appeal from an inter partes review (“IPR”) at the Patent Trial and Appeal Board (“PTAB”). The majority decision resulted in a win on all fronts for the Patent and Trademark Office (“PTO”), as well as those parties challenging patents.

The case, Garmin International v. Cuozzo Speed Technologies, concerned an IPR that was requested the first day that IPRs were made available under the America Invents Act (“AIA”). In its petition, the patent’s challenger, Garmin, sought to invalidate four claims from Cuozzo’s patent no. 6,778,074 (“the ‘074 patent”) based on the obviousness of combining the prior art. The PTAB took up arguments on three of the claims and, following a trial, ruled in Garmin’s favor, deeming the claims obvious and thus unpatentable. The PTAB also denied Cuozzo’s motion to amend its claims. Cuozzo appealed both decisions to the CAFC. END_OF_DOCUMENT_TOKEN_TO_BE_REPLACED