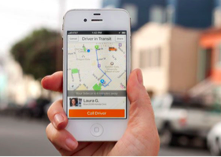 Sidecar, Lyft, Uber and other transportation network companies (TNCs) have been thriving in a marketplace generally free from government regulation. But this freedom may be short lived. State legislators in Colorado, California and Washington are catching-up with technology innovations in the transportation industry by proposing and enacting state-level regulations.

This push for legislation comes in response to a growing concern over passenger safety and claims that transportation network companies have inadequate insurance policies. In one instance, an Uber car driver allegedly attacked a passenger with a hammer during a late night ride, leaving the passenger hospitalized with a fractured skull and in danger of losing his left eye. The attack occurred after a disagreement over the route, and the passenger is suing Uber.

Uber strongly disclaims any liability in their terms of service, which states that people ride at their own risk when they jump into a car with “third party transportation providers.” Ride-share companies have consistently claimed protection under section 230 of the Communications Decency Act, which grants broad immunity to websites with user-generated content. TNCs argue that as platform providers that connect drivers and riders, they should not be liable for torts committed by third party drivers. However, this position may fall apart under closer inspection. END_OF_DOCUMENT_TOKEN_TO_BE_REPLACED