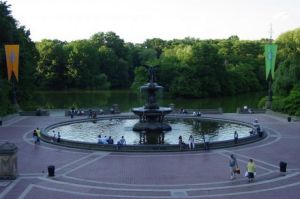 NEW YORK–Artists United, a coalition of New York City artists has sued the New York Department of Parks and Recreation in federal court to challenge the constitutionality of a limit on the number of vendors allowed in Central Park and other heavy-traffic areas.

According to the New York Post, the new regulations, which went into effect July 19, allot the 120 daily vending locations on a first-come, first-serve basis.  Chelsea Now reports that Federal Judge Richard Sullivan reserved decision on a preliminary injunction to stop the rules from becoming effective. But the Judge said he would hold another hearing  if lawyers for the artists or the city requested it.