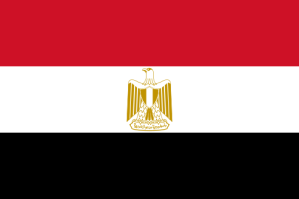 In an apparently unprecedented decision, the embattled government of Hosni Mubarak shut down all Internet connections in Egypt after midnight on Thursday, January 27. An unanswered question is whether Egypt had legal authority to take this unprecedented action. LTA-Blog conducted research on Egyptian law to determine whether the government had legal authority for this Internet shutdown.

It appears Egypt’s Internet shutdown may have been authorized by Egypt’s “Emergency Law,” (Law No. 162 of 1958), which grants broad powers to the President during emergencies. Although the law was designed for particular states of emergency, the Act has been in effect continuously since October 1981 when Sadat was assassinated. Before that, the law was effective from 1967 to 1980. A copy of the 1958 Act is available in Arabic at: http://www.emerglobal.com/lex/law-1958-162.

Among other powers, Article 3 of Law No. 162 of 1958 grants the President authority to confiscate, suspend or shutdown the press and all means of communication. For more information about this authority see A. Seif el-Islam, Exceptional Laws and Exceptional Courts, in Egypt and Its Laws 359, 365 (Nathalie Bernard-Maugiron & Baudouin Dupret, eds. Kluwer Law International  2002).

On May 11, 2010, Egypt renewed the declaration of emergency for two years under the Act. In an effort to reduce controversy, the declaration explicitly limited the President to use powers only as necessary to combat terrorism or drug trafficking. The renewal did not grant the President all powers provided in the 1958 law. In particular, the declaration did not grant the power to impose censorship or shut down newspapers or other media outlets. It therefore appears Egypt was acting without authority under the May, 2010 declaration when it shutdown the Internet. It is possible, however, that the President took some additional step under the 1958 Act to declare a state of emergency. It remains unclear whether President Mubarak actually took such steps.

The Arabic text of the May 11, 2010 declaration is available here: http://www.ournormandy.com/forum/showthread.php?t=68412 (scroll down below all photographs).English language media reports also mention the limitation of authority with regard to news outlets, as well as opposition claims that these changes are cosmetic. In light of these express limitations in the current emergency declaration, the source—or even existence—of legitimate legal authority to shut down internet sources is unclear.

According to James Cowie, the co-founder and chief technology officer of Renesys, an IT company whose blog post became a key source of information, the shutdown did not happen in a single moment; no single “switch” was flipped. Instead, the shutdown happened in 20-minute intervals, suggesting the government contacted service providers one-by-one.

Egypt’s fiber-optic cables continued to run data through the country during the shutdown. But Egypt itself was cut off from the international flow of information. This suggests Egypt went after the four major Internet service providers, rather than, for example, cutting the cables at the border.

At least one blogger has looked at the technical barriers to such a comprehensive shutdown and has explored the likelihood of such a shut-down occurring in another country, or even a Western democracy. Vittorio Coalo, Chief executive of the U.K.’s Vodaphone, the  majority owner of Egypt’s largest mobile carrier, made comments Friday confirming the shutdown was carried out under color of law. Coalo said Egyptian officials asked mobile operators to shut off networks and stated this request was “legitimate” under Egyptian law.

(Thanks to Connie Cannon for assistance with translation and Egyptian research.)