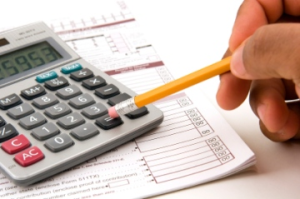 Americans are increasingly turning to software programs to prepare their income tax returns.  But before clicking ‘E-file,’ taxpayers should be aware of a recent line of Tax Court cases indicating that software programs don’t offer the same penalty protections as your friendly, neighborhood accountant.

One penalty provision every taxpayer should be aware of is found in I.R.C. § 6662, the accuracy-related penalty section. This provision says that whenever a taxpayer understates their tax liability because of negligence, the I.R.S. can add a penalty to the taxpayer’s bill equal to 20% of the taxpayer’s deficiency.  I.R.C. §6662(b)(1).  Similarly, anytime a taxpayer substantially understates their tax liability, defined in the internal revenue code as an understatement by the greater of $5,000 or 10% of the liability required to be reported on the taxpayers return, the I.R.S. can assert the same 20% penalty. I.R.C. §6662(b)(2), I.R.C. §6662(d).  When faced with these penalties, taxpayers can argue that they qualify for an exception from the penalty because they had a reasonable cause for the understatement and acted with good faith.  I.R.C. §6664(c).  In determining whether a taxpayer acted with reasonable cause and good faith, a court will look at all the pertinent facts and circumstances. Treas. Reg. § 1.6664-1(b)(1).

For taxpayers who have relied on accountants, this exception is especially helpful as the treasury regulations state that relying on a tax professional may constitute reasonable cause.  Treas. Reg. §1.6664-4(c).  But for taxpayers who have relied on software programs to help them prepare their tax returns, the exception has proved to be less helpful.

As this software has become more popular in recent years, the Tax Court has spent more time addressing the issue.  In 2010, Mr. and Mrs. Lam filed a joint tax return using the TurboTax program.  Lam v. Commissioner, T.C. Memo 2010-82.  When the I.R.S. found that the Lams had made several mistakes, the Service asserted an accuracy-related penalty against the couple.  The Lams tried to argue that they were not liable for the penalty because they made consistent mistakes using TurboTax. Id.  The Tax Court was not persuaded that the use of the software program alone could establish reasonable cause. While acknowledging that relying on a tax professional to help prepare your return may amount to good faith, the Court found that reliance on the software program alone was not enough to establish reasonable cause. Id.

In 2011, another case addressed whether use of a software program could amount to reasonable cause and good faith.  The Tax Court considered the arguments of Mr. and Mrs. Anyika who also used the TurboTax program to prepare their tax returns.  The couple argued that they had acted reasonably in relying on the program, but again the court noted that they had not consulted a tax professional, and instead mistakenly completed their tax returns using the TurboTax program. Anyika v. Commissioner, T.C. Memo 2011-69.  The Court again ruled that the misuse of tax return preparation software, even if accidental, is not enough to establish reasonable cause and good faith.

So for those taxpayers using tax preparation programs, remember that use of the software alone is not guaranteed to protect you from penalties in the event that you make a mistake.  The regulations indicate that consulting a tax professional, reading I.R.S. publications, and carefully reviewing your tax return before filing are all factors that can help establish reasonable cause.  See Treas. Reg. §1.6664-1(b), Lam v. Commissioner, T.C. Memo 2010-82.