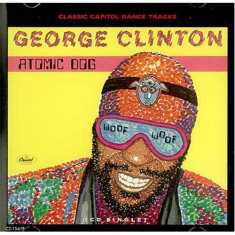 Music sampling has become a mainstay in nearly all genres of popular music. Sampling involves selecting portions of pre-existing sound recordings to use as components of new musical compositions. The amount of work “sampled” ranges from entire “hooks” to a mere a note or two. Nearly as common as this method of music creation are the lawsuits that accompany it—most claiming copyright infringement. As a word of advice to those planning on dabbling in music sampling, it’s best to obtain a license or avoid the Sixth Circuit. The Ninth Circuit, on the other hand, might be a pretty good place to dabble.

The Ninth Circuit takes a de minimis approach. In Newton v. Diamond, the court affirmed a non-infringement verdict because the use was not likely to be recognized by the listener. The infringement at issue had to do with the Beastie Boys’ use of a three-note, six-second sequence from the song “Choir” by jazz flutist and composer James W. Newton. The court affirmed that the use of these three notes did not constitute infringement because the use was de minimis, reasoning de minimis non curatlex (translated “the law does not concern itself with trifles”).

In contrast, the Sixth Circuit draws a harsher line. In Bridgeport Music, Inc. v. UMG Recordings, Inc, the court was faced with the question of whether the hip hop group Public Announcement had infringed the copyright in the George Clinton song “Atomic Dog” by sampling “dog” as a musical punctuation, rhythmic panting, and the well-loved refrain “bow wow wow, yippie yo, yippie yea.”  The court decided that Clinton’s work had indeed been infringed.

The question the Sixth Circuit faced was whether the two works were substantially similar. For the Sixth Circuit, the inquiry ended when it was determined that another’s work was used. That fact was determinative of infringement, regardless of how small the use may have been. Where specific elements were copied literally, the overall concept or tone of the work was not relevant to the determination of infringement.

It doesn’t look like this split between the Sixth and Ninth Circuits is likely to be resolved anytime soon, as the Supreme Court declined to review Bridgeport Music. As a word to the wise, copyright law has, on the whole, been rather hostile to those who fail to obtain licenses before using portions of existing works in their musical compilations. That said, if you’re going to sample, you would probably fare better on the West Coast.

One thought on “Don’t Mix with the Sixth!”