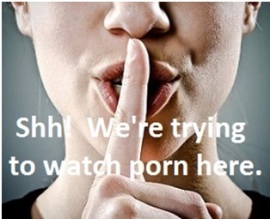 The Washington Supreme Court has provided a definitive answer to whether or not libraries can filter Internet content. In Bradburn v. North Central Regional Library District (2010), the court held that public libraries enjoy broad discretion to select materials for their collection, including materials made available through the Internet.

At issue in Bradburn was the North Central Regional Library District’s (NCRL) implementation of a widely used web filtering service, which used protected algorithms and actual human review to sort web sites into categories based upon predominant content. The filter system was installed at each of the NCRL’s 28 branches and worked to block several categories of content. Beyond the blocked categories, NCRL also blocked Image Search, Video Search, and Spam classifications, certain specific image search Web sites, and the “personals” section of craigslist.org. NCRL also initially blocked, but subsequently unblocked, access to youtube.com, myspace.com, and craigslist.org (except for the “personals” section).

The Plaintiffs in Bradburn—Sarah Bradburn, Pearl Cherrington, and Charles Heinlen—were patrons of NCRL who claimed that their Internet access to certain Web sites had been blocked by NCRL’s filter. The plaintiffs challenged the filtering policy’s constitutionality and, in particular, NCRL’s decision that it would not disable the filter at the request of an adult.

Ultimately, the Washington Supreme Court found for the libraries and held that a public library has historically enjoyed broad discretion to select materials to add to its collection of printed materials for its patrons’ use. Accordingly, the Court held that a public library has broad discretion to choose what materials, from millions of Internet sites, it will add to its “collection.” Public libraries have never been required to include all constitutionally protected speech in their collections and have traditionally had the authority to, for example, legitimately decline to include adult-oriented material such as pornography. In light of this history, the Court found that libraries may exercise this same discretion with respect to Internet materials.

Despite the discretion recognized by Bradburn, the public libraries in Seattle have not exercised their discretion to filter the Internet content viewed by patrons.  Instead, Seattle libraries have implemented policies more aligned with the American Library Association’s Library Bill of Rights, which provides: “Libraries should challenge censorship in the fulfillment of their responsibility to provide information and enlightenment.”

While there is a clear answer to whether libraries can filter Internet content, the question of whether they should is far from resolved.