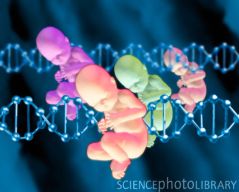 This holiday season, many people might have chosen to give personal genetic testing spit kits as stocking stuffers. For $99, the company 23andMe offered to provide your loved ones with genetic information about potential health risks and lineage. But, alas, this is no longer an option.

23andMe has broken barriers advancing the commercialization of genetic testing. But a recent controversy arose around the U.S. Food and Drug Administration’s (FDA’s) official letter telling 23andMe to discontinue selling personal genetic testing kits until the company provides more concrete data supporting the results of their testing. 23andMe initially chose to ignore this demand. Less than a week later, the company found itself facing a class action suit alleging misleading advertising. This series of events has spawned legal debates about the extent of the FDA’s regulatory reach and the implications of genetic data collection, especially as it relates to the Genetic Information Nondiscrimination Act (GINA).

Allowing people access to their genetic information when that information may be inaccurate creates problems for the medical industry and regulators alike. People may opt to undergo medical procedures due to the results of genetic testing. For example, superstar actress Angelina Jolie opted to undergo a mastectomy as a preventative measure because she of a faulty gene that tests showed she carried, which put her at heightened risk of developing breast cancer. If people rely on untrustworthy genetic information, the results may be both physically and fiscally damaging. But should consumers be able to choose for themselves whether to seek this information, or should the FDA step in and regulate?

Aside from personal screening uses, information gathered from the 23andMe spit kit can be used to further scientific research. However, this valuable information could also be used in ways consumers may not have initially expected. Similar to the Google business model, 23andMe may the collected information to create a genetic database. This database could revolutionize the healthcare field, but legal questions as to who should be regulating this information remain.

The implications of the recent debate over 23andMe is even more important after the Supreme Court’s ruling in Association for Molecular Pathology v. Myriad Genetics, which greenlighted the patenting of genes if there is sufficient alteration to the DNA. This opened the door for 23andMe to patent a method “by which prospective donors of ova and/or sperm may be selected so as to increase the likelihood of producing a human baby with characteristics desired by the prospective parents, the selection being based on a computerized comparison of the genotypic data of the egg provider with that of the sperm provider”. Perhaps Gattaca–style “designer babies” will soon not be so far-fetched. 23andMe wants to position itself to have access to this material through their genetic database, but it must first get past the FDA. With these kinds of breakthroughs in technology, it will be interesting to see how the law, and the regulators, can keep up.