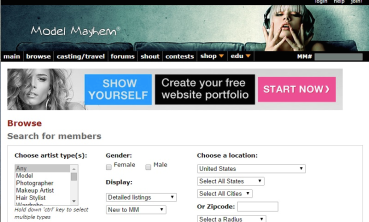 Recently, the Ninth Circuit Court of Appeals faced that question—can a website be held civilly liable for rape—in Jane Doe No. 14 v. Internet Brands, Inc. Its decision was not the resounding “no” people probably expected. In fact, the circuit court reversed the decision of the district court, which found the plaintiff’s claims barred by Section 230 of the Communications Decency Act.

In 2011, Lavont Flanders and Emerson Callum raped the plaintiff, who remains anonymous as Jane Doe No. 14. Flanders and Callum lured her to what she thought was a modeling interview. They then drugged her, raped her, and recorded her for a pornographic video. Although Flanders and Callum had not posted an ad on the Internet Brands’s website, Modelmayhem.com, they did use the site to respond to ads posted by models, posing as talent coaches. Further, the perpetrators had a history of this behavior, having lured over 30 women in a similar fashion. Eventually, a federal prosecutor charged the two with multiple counts of enticing the victims to Florida knowing fraud would be used to induce them into sex acts, and multiple counts of administering a date rape drug. The judge sentenced each to multiple life sentences.

Jane Doe No. 14 brought a civil suit in Federal District Court for the Central District of California, alleging that the owners of the website failed to warn her of the conduct of these men. According to her complaint, Internet Brands recently purchased the website Modelymayhem in 2008. Further, in 2010 Internet Brands sued the original owners of Modelmayhem for failing to disclose prior to the sale the potential civil liability caused by the activity of Flanders and Callum. Flanders and Callum raped Ms. Doe in 2011.

Generally, Section 230 of the Communications Decency Act bars suits by websites that host material others post. The Act states, “[n]o provider or user of an interactive computer service shall be treated as the publisher or speaker of any information provided by another information content provider.” Essentially, it prevents a website from being held liable as a publisher or speaker of content posted by others—it also prevents liability for failing to remove offensive content posted by others. The statute explicitly preempts state laws that try to impose liability on the websites in such a manner.

The Ninth Circuit, however, found the present case distinguishable from typical Section 230 cases. The California law at issue in this case imposes liability on a website that fails to warn when it has a “special relationship” with either “the person whose conduct needs to be controlled” or “the foreseeable victim of that conduct.” Thus, the theory imputes liability without actually making the owners of a website responsible for any content on the site. Because of this, the court found that Jane Doe was not seeking to hold the website liable as a “speaker or publisher,” but rather for its failure to warn her about how its owners knew rapists targeted and lured potential victims through the website. If the website is liable, it is for its own failure to speak, not for any speech of others, and thus the California law is not within the ambit of Section 230.

Plaintiffs and defendants should be aware that this case creates possibilities for civil suits against websites previously thought protected by Section 230. Before Ms. Jane Doe gets her day in court, however, the Ninth Circuit may well rehear the case en banc and overrule the panel’s opinion. Regardless, this has been an interesting development in the law governing website liability.