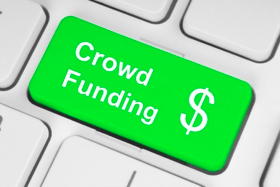 News of successful crowdfunding efforts are present everywhere we look these days. From ideas of sock monkeys for cancer patients to ideas for dry composting toilets, crowdfunding has given everyday individuals who lack access to a large pot of financial resources the ability to make their otherwise lofty ideas become a reality. Crowdfunding has been described by the SEC as “an evolving method of raising capital that has been used outside of the securities arena to raise funds through the Internet for a variety of projects ranging from innovative product ideas to artistic endeavors like movies or music.” Although crowdfunding is not typically seen as a method for selling securities (due to the plethora of SEC regulations surrounding such sales), Title III of the JOBS Act creates an exemption to normal securities rules, allowing small businesses to more easily sell securities via crowdfunding. This exemption exists for small business as long as they comply with certain regulations.

Prior to the JOBS Act, the SEC restricted sales of securities to only accredited investors and a limited number of non-accredited investors. The majority of the population does not meet the high net worth or income standards to be qualified as an accredited investor, and thus cannot easily purchase a company’s securities. Under Section 5 of the Securities Act, businesses either had to comply with such requirements or face stiff penalties from the SEC.

However, pursuant to the JOBS Act, signed into law in April 2012, small U.S. business startups and entrepreneurs can sell securities to unaccredited investors (i.e., the general public) without having to deal with many burdensome SEC requirements. This crowdfunding exception is codified in Section 4(a)(6) of the Securities Act. This section allows a company (an “issuer” under the language of the Securities Act) to use the crowdfunding exception if, among other things, the company sells no more than $1 million in securities in any 12-month period and no more than a certain amount to any single investor.

A common way crowdfunding has been utilized is through internet-based platforms (“funding portals” as they have been defined by the JOBS Act). After implementing the JOBS Act, it appeared that such funding portals would have to be established as SEC-registered intermediaries. These intermediaries would ensure that all investors are sufficiently educated, provide communication channels regarding the offering, and would facilitate the offer and sale of securities. Most importantly perhaps, they would ensure that the sale of securities was legal.

But can a company offer to sell its securities through its own webpages, such as its social media pages? As of October 2nd of this year, the SEC clarified this position, stating that for intrastate crowdfunding, companies may do so as long as they comply with certain limitations. To so explain, the SEC revised a Compliance and Disclosure Interpretation explaining Rule 147 (the intrastate crowdfunding exception). However, in doing so, the SEC also stated that social media typically caters to the general public, including people across state lines. Recognizing this fact, the SEC conditioned its approval of using social media as a medium to offer the sale of securities by requiring such sales to be restricted to those IP addresses originating within the same state as the sale. Moreover, the SEC requires that disclaimers and restrictive legends accompany the offer, further specifying that the offer is only open to residents of the same state as the issuing company. These limitations thus are aimed to ensure that sales of securities by companies seeking to use the intrastate crowdfunding exemption truly are intrastate.