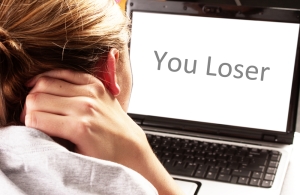 In May 2011, Dustin Athearn and Melissa Snodgrass, seventh graders at Palmer Middle School in Georgia, created a fake Facebook page to taunt another student, Alexandria Boston (Alex). The students set up the fake Facebook profile under Alex’s name and used a “fat face” application to create and post an unflattering picture of her. The fake account also stated that Alex was a homosexual and that she endorsed racist viewpoints. To create further damage, the fake persona connected to over 70 Facebook friends, and it sent friend requests to Alex’s classmates, teachers, and family members. Dustin and Melissa used the profile to post graphically sexual, racist and offensive material. This included insinuating that Alex had mental health disorders and took illegal drugs.

When the school found out, Principal Cathy Wentworth called Dustin and Melissa to her office and had them sign a written statement explaining their involvement. Wentworth sent a form to the students’ parents explaining that the students would be disciplined with a two-day in-school suspension for their harassment of Alex. Dustin’s parents grounded him for a week. However, it was not until 11 months later in April 2012 that the profile was taken offline. In fact, the fake profile continued to send and accept new friend requests and users could still view and post on the profile before Facebook finally deactivated the account.

In April 2012, the Bostons filed a lawsuit in the Superior Court of Cobb County for defamation against both Dustin and Melissa’s parents. Melissa’s parents did not respond to the suit and they were found in default. Dustin’s parents moved for summary judgment and the trial court granted the motion.

On appeal, the Bostons argued two points. First, they claimed that Dustin’s parents were negligent in failing to force Dustin to remove the page once the principal provided them with notice of its existence. Second, they argued that the Athearns had a responsibility as landowners to remove the defamatory content. Although the Bostons prevailed on the first argument, the court was not convinced by the second argument since there was ”no evidence that the Athearns unilaterally had the ability to take down the unauthorized Facebook page by virtue of the fact that it was created on a computer in their home.” Moreover, Facebook commented that only the creator of the profile can take it down.

The court did agree that there was an issue of fact on the issue of negligent failure to supervise and remanded the case back to the lower court for trial. Parents are not automatically imputed liability of their child. However, liability may be found if “the parents had knowledge of facts from which they should have reasonably anticipated that harm to another would result unless they controlled their child’s conduct.” It is important to note that on remand, the Athearns will not be on trial for the original act of defamation—the creation of fake Facebook profile. Rather, a trier of fact will determine whether they are liable for allowing the profile to continue to exist after they were notified of its existence.

As the ease of social media intimidation continues to spread to younger generations, the harmful effects of cyberbullying also continue to rise. This case may provide a legal avenue to decrease some of this harm by holding parents liable.