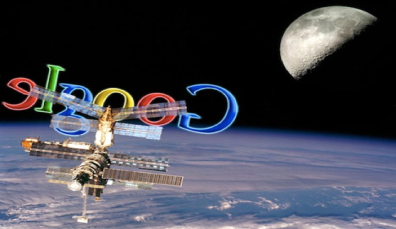 Thanks to William Shatner and the popular TV show and movie franchise Star Trek, many think of outer space as the final frontier. That sentiment has recently been fully adopted by some of the most powerful companies in the world that are interested in the nearly limitless potential that space offers. Given that most law in this area is based on international law principles, it remains unknown how U.S. courts will handle disputes in commercial space law. Issues range from colonizing Mars, to more common and immediate concerns, such as contractual disputes and telecommunications progress.

In 2014, SpaceX filed a lawsuit against the U.S. Air Force claiming that the Air Force improperly awarded a contract to the United Launch Alliance (“ULA”), a joint venture between Lockheed Martin and Boeing. The complaint alleges that the Air Force did not take competing bids from other private contractors such as SpaceX. The contract guaranteed the purchase of 36 rocket cores from ULA for national defense. Founder Elon Musk of SpaceX claims that if allowed to bid, SpaceX would save the government over one billion dollars. (SpaceX already has a 1.6 billion-dollar contract with NASA to deliver resupply materials to the international space station.) Recently, federal district court Judge Susan Bradon denied ULA’s motion that the lawsuit should be dismissed based on supposed congressional ratification of the contract. In two recent spending bills, Congress passed language stating that the money should be paid to ULA. The court was not persuaded by ULA’s argument because all of the court proceedings have been under seal, and therefore Congress could not have had knowledge of the specifics of the lawsuit and would not be in a position to ratify the contract.

Recently, many private companies such as Virgin Group, Qaulcomm, and Google have all expressed interest or invested in projects allowing them to put satellites into orbit to connect remote regions of the world to the Internet. All the companies are trying to solve the same problem: delivering the Internet to parts of the world where it would otherwise be uneconomical to do so. At least one estimate puts the number of people that could be connected at three billion.

This is not the first time private companies have tried to invest in space. In the 1990s, there were similar efforts by other companies. But a lack of demand killed the projects. What has changed in the twenty years since is the demand for mobile devices to act as more that just phones. Customers now want to stream all kinds of data including video, which demands much more bandwidth. Satellite connections can offer much faster speeds. People already connect to the Internet over satellite. One common example of this is when customers are on a plane. The difference with these new efforts is that the satellites would be much lower in orbit. The lower satellites would help with speed delays and also are much cheaper than their larger counterparts. Google took a further step in January this year to make their goal of delivering Internet via satellite a reality. Google along with Fidelity invested one billion dollars in SpaceX.