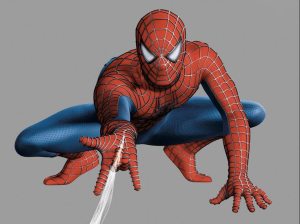 Later this month, the Court will hear oral arguments for the patent licensing case Kimble v. Marvel Enterprises, Inc. to decide whether it should overrule Brulotte v. Thys Co. The 1964 Brulotte decision, which has since been widely criticized, held that “a patentee’s use of a royalty agreement that projects beyond the expiration date of the patent is unlawful per se.”

The Kimble case arose from a dispute between inventor Stephen Kimble and Marvel Enterprises over a gloved Spider-Man toy that gives its superhero users the power to shoot webs (foam string) at Green Goblin, Doctor Octopus, and associated villains. Kimble, who developed the gloved toy, alleged that Marvel Enterprises had developed a similar toy that incorporated his patented ideas, as well as other ideas that Kimble had disclosed to Marvel previously. After Kimble filed suit against Marvel alleging patent infringement and breach of contract, the parties eventually agreed to a settlement in which Marvel would purchase the patent for $500,000, plus 3% of net product sales. Importantly, though, the agreement contained no end date or “step down provision” for the 3% royalty payments. This created a conflict with Brulotte because the agreement, in essence, extended the term of Kimble’s patent indefinitely. Accordingly, as soon as the patent term expired, Marvel ceased making payments and Kimble sued for breach of the settlement agreement.

The Ninth Circuit affirmed the district court’s judgment that Marvel was not obligated to pay royalties beyond the patent’s term. As was stated throughout the opinion, though, the Ninth Circuit was “reluctant[]” to rule against Kimble, even though Supreme Court precedent required them to do so. In line with other circuits that have criticized the Brulotte decision (most notably Judge Richard Posner in Scheiber v. Dolby Labs., Inc), the Ninth Circuit found discomfort in the fact that the application of Brulotte would rob Kimble of his “benefit of the bargain based upon a technical detail that both parties regarded as insignificant at the time of the agreement.”

In the petition for certiorari, Kimble made a number of arguments for why Brulotte should be overruled. To start, he argued that contrary to the primary premise of Brulotte, post expiration patent royalties don’t temporarily extend patent rights: “Once a patent has expired, it can no longer be used to prevent anyone from practicing the invention—a fact of which the contracting parties are well aware in advance.” He also argued that Brulotte has suppressed innovation by proscribing pro-competitive licensing arrangements. Collecting royalties beyond a patent’s statutory term can reduce the “deadweight loss” associated with a patent monopoly and allows the patent holder to recover the full value of the patent.

On the other side, Marvel’s brief argues that Brulotte created a narrow rule that still allows parties to contract freely. More notably, Marvel also asserts that the petitioner’s criticism of Brulotte doesn’t justify overruling 50 years of patent misuse precedent. Despite changing other patent misuse doctrines, Congress has decided to leave Brulotte unchanged.

This case, similar to any patent licensing case, involves an “obvious tension” between patent law and antitrust laws, because one “creates and protects monopoly power while the other seeks to proscribe it.” The tension can be somewhat removed, though, by simply focusing on the word “monopoly” and how its meaning can change depending on context. In the patent context, a monopoly refers only to the right to exclude for the term of the patent, while in the antitrust context, monopoly refers to actual market power. The former is a statutory right, while the latter pertains to economics and is the real source of what antitrust laws try to restrict. As was stated in the cert petition, the Brulotte decision relies too heavily on the outdated irrebuttable presumption that patents confer market power.

Freedom-of-contract law may also play an important role in whether the Court decides to overrule Brulotte’s per se rule. Why should two willing parties be prohibited from mutually agreeing that patent royalties can accrue based on post-expiration use? A licensing deal of this sort will often resort in allowing a licensee to make lower payments over a longer period of time, instead of higher payments that must be complete before the patent term comes to an end. Currently, Brulotte categorically “requires the licensor and licensee to amortize the present value of the license fee over the remaining years of the patent term, . . . even if a longer amortization period is optimal for the parties.”

Whatever the Court’s decision, it will play a major role in how patents are licensed going forward. Most experts expect the Court to overrule its rigid per se prohibition and replace it with a more flexible test referred to as the “rule of reason.” Such a rule would no doubt allow patent holders more options and creativity in choosing how to license their technology. Of course, we’ll have to wait and see whether the Court thinks those considerations are more valuable than Brulotte and its 50 years of precedent.