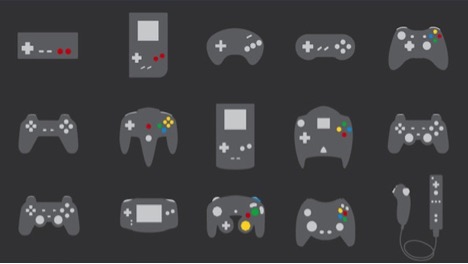 As it turns out, it’s a terrible idea to try to lock down the Internet’s favorite toys via trademark. Who knew?

Certainly the news seems to have come as a shock to a few businesses in the new year. On October 28, 2015, Sony Computer Entertainment America applied to trademark the phrase ‘Let’s Play’. According to its application, Sony intended the trademark for goods regarding “electronic transmission and streaming of video games via global and local computer networks; streaming of audio, visual, and audiovisual material via global and local computer networks”.

There was only one problem: ‘Let’s Play’ is more than a motto in the video game context. It’s a specific term for the genre encompassing recordings which trace an individual’s playtime through a video game and his or her unique gaming commentary and experience, known as ‘playthroughs’. Since its inception in 2005, the genre has expanded wildly: nearly 30 million videos created by amateur video game players (‘gamers’) on YouTube currently fall within the ‘Let’s Play’ umbrella.

Failing to recognize the genre’s name, the United States Patent and Trademark Office (“USPTO”) initially refused Sony’s application on grounds of likely consumer confusion with a similarly named company. But as news of Sony’s application became public in early January 2016, public disapproval started to rumble. Firms filed letters of protest with the USPTO, citing ways in which ‘Let’s Play’ had become a generic term, unworthy of legal protection. In response, the USPTO superseded its first unanswered office action with a second, ruling that ‘Let’s Play’ is merely descriptive. Although Sony has until July 25 to respond to the USPTO’s refusal and maintain its application, such a counter seems increasingly unlikely in light of the outcry from its potential customerbase.

Into this charged atmosphere stepped Fine Brothers Entertainment (‘Fine Brothers’). Managing a YouTube channel with over fourteen million followers at its peak, Fine Brothers was best known for its React franchise, a video series that recorded the reactions of individuals to viral videos, video games, and other popular media for humorous effect.

On January 25, 2016, however, Fine Brothers announced its impending trademark on the ’React’ for goods regarding “entertainment services, namely, providing an ongoing series of programs and webisodes via the internet in the field of observing and interviewing various groups of people”. This trademark, the company declared, would launch ReactionWorld, an enterprise designed to monetize the reaction video by partnering with other content producers and granting licenses to the video form.

A retrospective look may make Fine Brothers and Sony seem somewhat cartoonish in their obliviousness. It’s hard to sympathize with a business plan which begins by alienating a significant percentage of its potential customer base. But, it’s worth noting the undercurrent beneath the tsunami: Let’s Play videos upload most, if not all, of a video game’s run for free viewing online. A significant subset of reaction videos rely on similarly popular media in the same way. Both uses impact copyrighted material. Nevertheless, some gamers have even begun to earn revenue from such videos: in 2014, the most popular gamer on YouTube estimated his monthly Let’s Play earnings to be anywhere from $140,000 to $1.4 million.

While these issues saw some tension in 2013, no court has yet ruled whether such individual playthroughs infringe copyright laws. Unlike the majority of Let’s Play and React video producers, however, both Sony and Fine Brothers had the substance and capacity to partner with video game companies and to license their products for official use. Such partnerships might have offered firmer precedents to define video game playthroughs and reaction videos which incorporate popular media as fair use in any future cases. Given the unhappy ends to their projects, however, making trademarked franchises out of popular YouTube formats may have to wait.