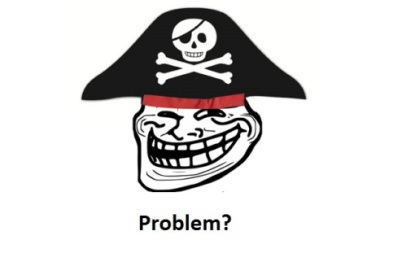 As my buddy Vijay reported last November, the Supreme Court granted certiorari for Halo Elecs, Inc. v. Pulse Elects., Inc.., which was consolidated with Stryker Corp. v. Zimmer, Inc., to address whether it should change the current standard for awarding treble damages in patent suits. On February 23, 2016, the high court conducted the oral argument, and the transcript is available here.

Generally speaking, patent infringement is a strict-liability tort that does not require proof of intent. However, under Section 284 of the Patent Act and relating case law, a court may increase the damages up to three times the amount found or assessed if it found the infringement to be “willful.” The Federal Circuit set a relatively high bar for proving willfulness requiring a patentee to establish that an infringer’s action was both objectively likely to be wrongful and subjectively in bad faith (the “objective/subjective test”). Curiously, the Federal Circuit essentially used the same objective/subject test for fee-shifting awards under Section 285 of the Patent Act. In 2014, the high court overturned this test’s application in Section 285’s fee-shifting regime and criticized it as “over rigid” and “so demanding that it would appear to render § 285 largely superfluous.” This decision led to the current challenge to the test’s application in Section 284 treble damages awards.

Carter Phillips, the Respondents’ counsel, brilliantly summarized the policy’s implication of this case as a problem of “pirates v. trolls.” Setting the bar too high leads to difficulties in obtaining the treble damages, which encourages egregious patent infringement (the Pirates!). Setting the bar too low leads to the regularly awarded treble damages, which incentivizes frivolous suits brought by Non-Practicing Entities (the Trolls!).

Justice Breyer, the most vocal Justice during the hearing, suggested that it is necessary to keep the relatively high bar because relaxing the current standard could hurt small businesses. Under a relaxed standard, a small business owner would have to either spend thousands of dollars to obtain attorney opinion letters to shield himself from the risk of treble damages or running the risk of being hit with treble damages if he decided not to get one.

According to Justice Breyer, “[t]oday’s patent world is not a steam-engine world. We have decided to patent tens of thousands of software products and similar things where hardly anyone knows what the patent’s really about. A company that’s a start-up, a small company, once it gets a letter, cannot afford to pay $10,000 to $100,000 for a letter from Counsel, and may be willing to run its chances. You start saying, little company, you must pay $10,000 to $100,000 to get a letter, lest you get willful damages against you should your bet be wrong.”

However, Justice Breyer appeared to also recognize that the current test is demanding when he asked the Respondent if there was “a way of compromising” that gives patentees “some leeway around the edges.” Justice Sotomayor also indicated her interest in giving more leeway when she asked: “How do we articulate a test that protects what Justice Breyer is concerned about, which I think is a legitimate concern, but doesn’t entrench a position that just favors [patentees]?”

Chief Justice Roberts, on the other hand, appeared ready to tear down the current objective/subjective test when he stated that, “[b]ut to erect this fairly elaborate standard on the basis of that language I think is surprising.”

Justice Ginsburg took issue with the current evidentiary standard and appellate standard of review. She asked: “Can we at least peel off the clear and convincing evidence that seems to come out of nowhere and the . . .standard [of review] is de novo review rather than abuse of discretion?” On this point, Justice Breyer appeared to at least partially agree. “Let me assume with you that there isn’t good ground for clear and convincing. Nothing suggests that.”

Based on the hearing, the high court is unlikely to drastically change the current objective/subjective standard given that the Court is concerned with patent troll problems. But the Court also seemed ready to bring down the evidentiary standard from clear and convincing evidence to a preponderance of the evidence and switch the standard of review from de novo to abuse of discretion. But as always, predicting the actions of the Supreme Court has always been a tricky business. Just think about NFIB v. Sebelius.