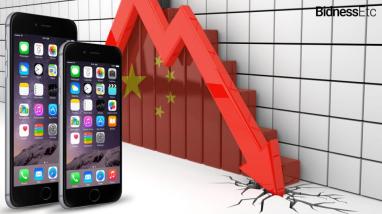 This month, a Chinese company known as Shenzhen Baili Marketing Services Co. won a regulator’s patent ruling in Beijing against Apple for its rounded-edge smartphone design, stirring fears that Apple’s iPhone 6 would be shut out of the market in China. This ruling comes one short month after Apple lost its fight to keep the “iPhone” trademark exclusive to its products following a Beijing court ruling that a little-known accessories maker could use the trademark for a range of its wallets. And among the many interesting dimensions to this recent patent dispute, Apple’s woes are even more complicated by its struggle to keep confidential designs under wraps as they work their way through Apple’s supply chain.

So who was this company that Apple even lost to?  Baili is a relatively obscure device maker with very little web presence. In January of 2014, the company filed a design patent covering a smartphone that was subsequently marketed, and still is being marketed, as both the 100+ and 100C in China. Chinese regulators granted Baili’s patent in March of 2014, shortly after leaked photos of the iPhone 6 were appearing online. Apple’s iPhone 6 officially launched in September of 2014; however consumers in China had to wait nearly a month before the device went on sale there. In response, Baili filed for an injunction. In comparing the look and feel of Baili’s device with that of the iPhone 6, the Beijing Intellectual Property Office said: “The differences are too tiny to be noticeable by average consumers, and thus it should be deemed that there is no apparent difference between the two phone models.”

There is speculation that Baili’s device’s design arose out of leaked photos and specifications that had emerged from Apple’s supply chain in China during production of the iPhone 6. The dispute between Baili and Apple first came to light when a demand letter addressed to Apple was leaked on Chinese social media that December 2014. Baili continues to deny any Apple products inspired its design. The earliest leaked photos that purported to show an iPhone 6 were in a Weibo post in January 2014. These are only the leaked photos that went viral, but pilfered images that find their way into the public domain are not Apple’s biggest problem. This is because anything that is made public can be cited as prior art during a later invalidation proceeding. Designs and other trade secrets that are leaked but not publicized pose a bigger risk. Moreover, showing that a company obtained a design illegally through trade secret misappropriation can be very difficult in China given the absence of U.S discovery rules.

Interestingly, according to the Wall Street Journal, the Baili stopped making phones after financially collapsing over the past year. In addition, it has not picked up its office phone and has erased its websites. Shenzhen Baili appears to be another name for Digione, a better-known smartphone startup. Despite its lack of presence, Baili is “still operational in its necessary functions,” and will continue to fight Apple in court, Digione lawyer Andy Yang told the Journal. Baili may even think about escalating its lawsuit to include the iPhone 6S and iPhone 6S Plus, Yang added.

Since the ruling, Apple has appealed, allowing it to continue selling iPhone 6s as the Beijing ruling only applies to Beijing itself. Apple is expected to have a hearing on its appeal later this year. This dispute will be closely watched by many. Unless Apple can improve the security of its supply chain or find a way to compete with China’s first-to-file system, this might not be the last design patent case it faces.