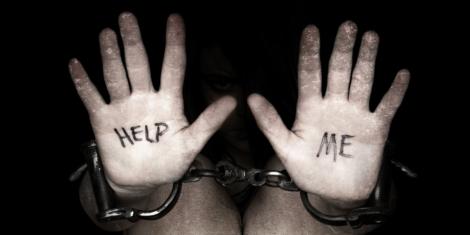 In 2012, three underage girls sued Backpage, a classified advertising website. The plaintiffs—anonymized as the collective “J.S.”—alleged that they had been forced by sex traffickers to prostitute themselves; that these traffickers had posted advertisements on Backpage, allowing adults seeking sex with minors to pay to rape J.S.; that Backpage had created posting guidelines designed to help such traffickers develop ads that would evade law enforcement while still conveying their illegal messages. In so doing, J.S. alleged, the website had contributed to J.S.’s repeated sexual assaults and exploitation.

Backpage, in turn, scuttled to a refuge much beloved by internet service providers: Section 230 of the Communications Decency Act of 1996 (“CDA”). The CDA offers broad immunity to such service providers, holding that a provider can be liable only for the illegal content that it develops, not for any illegalities that it passively hosts. Because Backpage had merely hosted the illegal ads which enabled J.S.’s rapes, the defendant argued, J.S. failed to state a claim and so the action demanded dismissal.

Then, in July 2015, the Washington Supreme Court ruled that the suit would be allowed to proceed to trial. The Ninth Circuit has held that a website may be liable for developing unlawful content if it goes beyond maintaining a neutral policy and contributes materially to the content’s alleged illegality. J.S. had alleged that, far from passively hosting, Backpage had specifically designed its rules to enable illegal postings. Presuming that J.S.’s allegations were true, the court held that it was unclear whether Backpage had a right to the CDA’s immunity; as such, further fact-finding was in order.

Some lauded the court’s decision; after all, Backpage had earned infamy as a hotbed of underage sex trafficking since before 2010. Other corners of the Internet raised a backwash of backlash, claiming that the court ran contrary to the CDA’s core principle of broad immunity for providers.

Ultimately, the suit’s legal questions will come down to the definition of ‘material contribution’ under the CDA. Can posting guidelines which do not force posters to create illegal content constitute material contribution? Did Backpage exceed the safe harbor of maintaining a neutral policy and go out of its way to encourage illegal trafficking ads?

Reviewing the controversy surrounding the case, however, raises another question: why were commentators so ardently defending a website known for actively perpetuating rape?

To clarify: the Washington Supreme Court did not set a precedent for holding providers liable for third-party content. The decision did not indict Backpage—it merely remanded for fact-finding on Backpage’s claims to immunity as an internet service provider under the CDA. Tests in other circuits might have come out differently, but even their applications have varied in plausibility, and further are not binding in Washington. Nor does the decision endanger free speech at large: Backpage presented a case where the illegal content was incontrovertible and the defendants’ role was highly questionable—a narrow, singular exception.

Rather than iron out these issues, however, critics have approached the topic with fascinating detachment. In the name of impartiality, they questioned whether the decision’s benefits to actual rape victims could possibly be offset by “other deletrious (sic) consequences“—such as, for example, sex workers losing some advertising venues—and advocating for long-term “empirical study” of the effects of human trafficking.

As such, there’s arisen a remarkable pattern: insisting that Backpage isn’t responsible for what happens to the countless vulnerable individuals trafficked on its site, even while Backpage ironically claims credit for saving victims from additional rape and trauma. Absolving Backpage of the thousands of rapes that the site enabled, indeed, seems to rely on an outdated belief: that rapes occur in a void where only the person who commits the physical violation is guilty, no matter who may have passed along a spiked drink, watched, or cheered on the crime. Heaven forbid that those who merely enable the brutalization of the helpless and the prostitution of underage girls be mistaken for actual rapists and criminals.

These days, there’s a term for that brand of weak apologism. Certainly there’s no place for such willful blindness in legal work.

This isn’t to say that a nuanced criticism of the decision is impossible. The CDA remains a landmark piece of legislation, vital to free speech online. But such criticism would need to establish an appropriate means for cementing Backpage’s status as a non-content provider without a trial—something no article has yet done. It’d be a difficult case to make in 2016: as of this week, Backpage has defied a Senate subpoena investigating its role in illegal sex trafficking, and its CEO was recently arrested for pimping children.

Who’d really want to argue that these were the activities the CDA was designed to protect?