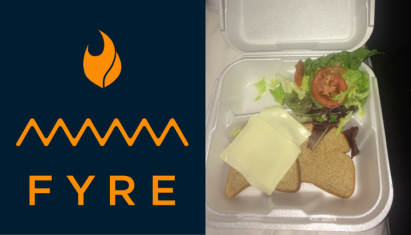 If you had to scam thousands of uber-rich millennials into trapping themselves on a remote island in the Caribbean, how would you even begin to accomplish such a feat? Allow me to offer you some free advice based on the recent debacle that was the Fyre Festival 2017.

Step 1: Enlist Ja Rule, a hip-hop artist who has not produced a hit song since the early 2000s, to co-found and recruit musical talent for a posh music festival on a remote island.

Step 2: Pair him with Billy McFarland, an exorbitantly rich 25-year-old from New York who runs “Magnises,” a financial services company that markets itself as the ultimate social group for “elite” young professionals.

Step 3: Choose an island as a venue that possesses none of the necessary resources for such a large-scale undertaking, making sure the site lacks proper infrastructure for water and sewage.

Step 4: Target as many wealthy young millennials as you can. Sell ticket packages for between $1,200 to over $100,000. Make a video to promote the event that is as full of supermodels and extravagantly false claims as it is devoid of any footage of the actual venue for the event.

Final Step: Do almost nothing towards providing the luxury services and “experience” you advertised. Oh, and don’t forget to tell all the scheduled artists not to come before they arrive. Then, make the festival grounds feel “like a refugee camp.” Set up disaster relief tents instead of posh cabanas; hire security guards that will steal from the attendees; serve processed cheese on wheat bread in Styrofoam containers; and let feral dogs roam the campground. Most importantly, make sure that any unsatisfied guests cannot leave the island because there are not enough flights leaving from the understaffed and overwhelmed local airport.

Bonus Step: Offer an apology on the festival website that makes it seem like you actually thought you were prepared to provide the experience that you had promised. Tell guests that they can either receive a refund or they can relive the experience all over again in 2018 with a free VIP pass to the next Fyre Festival. Phrase the choice to receive a refund instead of attending next year’s festival as Option B: “No, I’m not down for the adventure.”

Now, if you are to lucky enough to succeed in your devious plan to defraud and strand all of these money laden 20-somethings on the island, make sure you have a good lawyer, because you are going to get sued—by practically everyone involved. In the two weeks following Fyre Festival 2017, Ja Rule and Billy McFarland have found themselves the target of seven different lawsuits.

Of these various lawsuits, perhaps the most notable is the proposed class action that was filed on April 29th in U.S. District Court for the Central District of California by festivalgoer Daniel Jung, alleging intentional misrepresentation, negligent misrepresentation, and breach of contract. Jung’s complaint is seeking $100 million in damages for the class. It is almost as if Daniel Jung and his attorneys are unsatisfied with the refund options offered to them by the festival’s organizers.

Whether the saga of Fyre Festival 2017 serves as a cautionary tale to wealthy millennial festivalgoers, or whether it simply serves to bankrupt Ja Rule, I think we can all agree on one thing: no one of sound body or mind should forgo their refunds and lawsuits in exchange for a ticket to Fyre Festival 2018. But on the other hand, who wouldn’t want to respond to this year’s organizers refund offer by choosing option “(A) Yes, let it ride, I’d love to support you all in creating something amazing!”