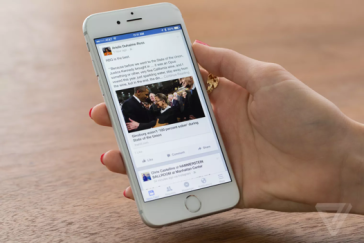 Once again, Facebook is being prodded by state officials—this time from across the pond. Just one month after revealing to Congress that Russian-linked accounts purchased $150,000 worth of political ads during the US election, Facebook is being asked to provide British lawmakers with information on ads purchased by Russian-linked Facebook accounts during last year’s Brexit referendum and during this year’s general election.

Law makers in both the United States and Britain worry that the social media giant is providing a platform for foreign governments to interfere with the democratic process. Up until now, Facebook has not provided enough information to Congress to assuage this worry. For that reason, Congress—and from the looks of it, Parliament as well —is considering a bill that would require political advertisements on social media platforms to disclose who is paying for the advertisement.

This kind of regulation—at least in the U.S.—isn’t new. The Federal Election Commission is charged with ensuring that political advertisements on television and radio reveal the source of their funds and has a similar regulation for radio and television ads. But as it stands now, political advertisers on social media platforms, like Facebook, escape the FEC’s requirement to disclose the source of their funds because such advertisements are considered merely “small items,” and thus are in the same group as, say, buttons and bumper stickers.

However, Congress has introduced a bill entitled “The Honest Ads Act” that could change that. The Honest Ads Act would require social media companies with more than 50 million monthly users to make public detailed information about any political advertiser who spends over $500 on their platforms. Furthermore, it would require social media platforms to take “reasonable efforts” to ensure that any political advertisements or content they display were not purchased by a foreign national.

But some argue that this isn’t enough. Brendan Fischer, director of the Federal Election Commission reform at the Campaign Legal Center, told Wired Magazine that the kinds of advertisements purchased by Russian-linked accounts wouldn’t fall under campaign finance law because none of them included “expressed advocacy”—i.e., a prompt to vote for this or that candidate. And even if Congress expanded the meaning of a bill to include the kind of ads purchased by Russian-linked accounts, there would still be ways around it, like forming a “fake news” website and then posting the ad as an article instead.

Nonetheless, Congress likely realizes that a single bill won’t fix this problem and that there will be ways around any proposed solutions. However, many members of Congress see this bill more as an attempt to regulate what has seemed impossible to regulate: Facebook. And the advantage of that is that people won’t have to rely on Facebook’s internal efforts to solve the problem. After all, when has a company’s self-legislated efforts ever been in favor of the people.