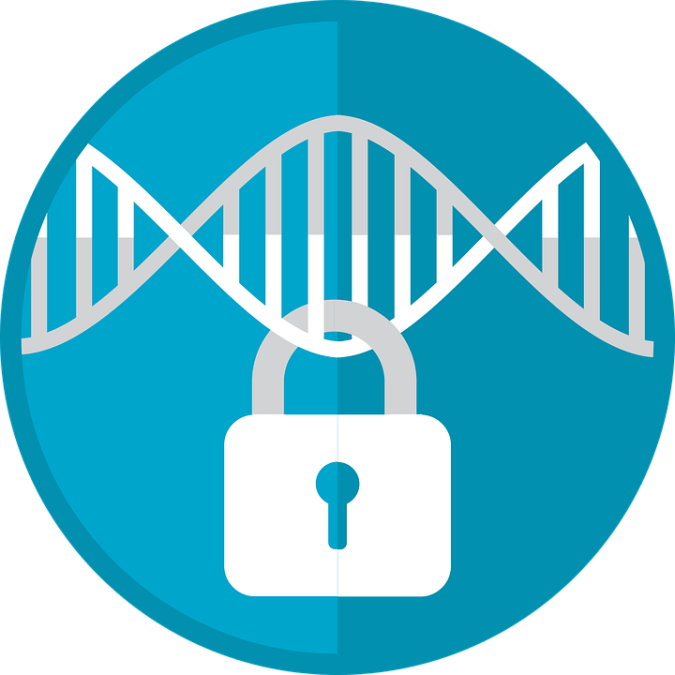 The human genome is, arguably, the single most important piece of information an individual possesses. Yet, in an age where privacy on the internet is under increasing scrutiny, people seem more than willing to part with their genetic information. The simple act of spitting into a collection tube can have far-reaching consequences. Unlike data posted online, which tells a story in retrospect, genetic information is a roadmap for the future. Companies like 23andMe, want to sell you that roadmap. But what happens to your DNA after your sample has been shipped off for analysis? What exactly have you agreed to part with? Appreciating the potential privacy ramifications of “spitting in the tube” first requires an understanding of the science behind genetic testing and how the results of such a test are used.

Genetic Testing and Disease Identification in a Nutshell

Thanks to the Human Genome Project, the world has access to detailed information regarding the sequence and organization of human genes. One of the largest and most impactful applications of this newfound knowledge is in the diagnosis and treatment of certain diseases identified through genetic testing.

According to the National Human Genome Research Institute (NHGRI), “nearly all diseases have a genetic component” known as a mutation, which “cause[s] or strongly predispose[s] a person” to developing the disease. Genetic testing, which looks at an individual’s entire genome, can be “used to identify increased risks of health problems, to choose treatments, or to assess responses to treatments.”

Breast cancer is a well-known example; the general chance of developing breast cancer, 12%, is increased to 72% or 69% merely by inheriting a harmful mutation in the BRCA1 or BRCA2 genes, respectively. By testing for these mutations, doctors are better able to treat and prevent the onset of breast cancer. This type of information can be obtained from 23andMe’s recommended service.

Scientists have developed uses for genetic testing that extend beyond healthcare. Genetic ancestry testing identifies DNA patterns and similarities as a way of determining genealogical relationships and broader racial origins. While these tests are frequently portrayed as fun and light hearted, they can have serious implications. Recently, the Golden State Killer was apprehended by using his DNA, obtained from a crime scene, to identify one of his relatives using the genetic information they had uploaded to the website GEDmatch.

This case presented a novel variation on a recurrent theme; nearly everyone is familiar with the use of DNA evidence in criminal prosecutions, but most fail to realize that because DNA is inherited, you can be identified and located by your relative’s DNA. Thus, your genetic privacy is partially compromised any time a blood-relative takes a DNA test. While this fact served the greater good in the case of the Golden State Killer, it is nonetheless an unsettling reality that you do not have complete control over who has access to your DNA. This underscores the importance of offering legal protection for genetic information.

Any DNA sample contains the entirety of the donating individual’s genome. That single sample can be put to a litany of uses. For example, a sample provided for ancestry testing is just as viable for determining genetic disease predispositions. So, the same DNA sample used to identify the Golden State Killer could also be used to inform him of his likelihood of developing Alzheimer’s or Parkinson’s. The sheer totality of information contained in a DNA sample is undeniable; how does the law currently protect it from being put to nefarious uses?

In 2008, Congress passed the Genetic Information Nondiscrimination Act (GINA) which, at a high level, protects against health insurance and employment discrimination based on what is revealed by an individual’s genetic information. However, this act does not apply to other major forms of insurance, like life or disability insurance, forcing insurance companies to decide how to account for this information. Individuals who have undergone genetic testing may face difficulty obtaining these types of insurance if their test results reveal an increased likelihood of genetic disease. The amount of additional protections offered can also vary state to state.

For their part, 23andMe’s privacy policy is quite consumer-friendly. They “will not sell, lease, or rent your individual-level information to any third party or to a third party for research purposes without your explicit consent.” This includes public databases, insurance companies, employers, and law enforcement or regulatory authorities “unless required by law to comply with a valid court order, subpoena, or search warrant for genetic or personal information.” They also offer customer control over whether your sample is stored or discard after is has been analyzed, whether your genetic information can be used for research, and provide customers the option to delete their account and data at any time. While 23andMe may not conduct the consented-to research themselves, any genetic information they share with third parties “will be de-identified and will not be linked to your Registration Information.” Consent to 23andMe Research can be withdrawn at any time.

As genetic testing becomes more prevalent, and as more robust analytics become available, it is important to be watchful of how this information is used. The current legal protections afforded to individuals, both by State and Federal governments, will also evolve overtime and bear close scrutiny. Nevertheless, weighing the benefits and risks is crucial when deciding whether genetic testing is worthwhile. Your choice could not only seriously impact your own future, but also the futures of your relatives, both ancestors and descendants. Any act with the potential for generational ramifications should not be performed without a full and complete understanding of what is at stake.

One thought on “The Critical Importance of Genetic Privacy”