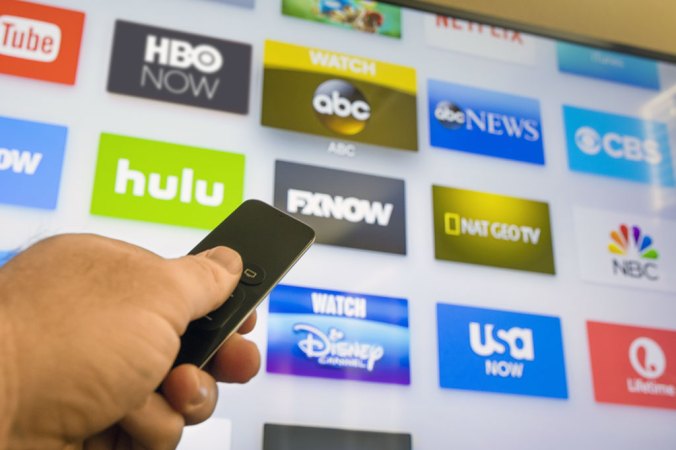 Today’s online streaming services are a marvel of technological and legal innovation. Much like how Google became an irreplaceable verb in society’s lexicon in the early 2000s, Netflix has achieved the status of a household term. But while the Netflix of today is viewed as a repository of streaming content from a variety of studios and distributors, the Netflix of the future will look dramatically different.  The very legal foundation upon which Netflix was built to serve will drastically alter the amount and variety of content that it can provide customers in the coming future. Understanding why this change is coming requires some knowledge of copyright law.

The Copyright Act,  defines “motion pictures” as “audiovisual works consisting of a series of related images which, when shown in succession, impart an impression of motion, together with accompanying sounds, if any.” This definition refers to both movies and television shows. In keeping with copyright convention, we will refer generally to both as “works.”

The overarching purpose behind copyright law is “To promote the Progress of Science and useful Art.” This end goal is achieved by “securing for limited Times to Authors and Inventors the exclusive Right to their respective Writings and Discoveries.” A work’s author is generally also its owner, but there are certain exceptions where the author is not considered the owner. Nonetheless, an owner of a copyrightable work, is entitled to take advantage of certain exclusive rights afforded to them by the Constitution and Congress.

In relevant part confers the exclusive right “to distribute copies . . . of the copyrighted work to the public by sale or other transfer of ownership.” This “distribution right” allows a work’s owner to monetize access to their work. Insofar as Netflix is concerned, the distribution right generally manifests itself as licensing agreements between Netflix and the work’s owner. Once Netflix has licensed a work, they can make it available for streaming to their customers.  However, because the work’s owner remains the rights holder under copyright law, Netflix’s ability to offer streaming content is entirely subject to the whims of that content’s owner.

Determining the rights–owner for a movie or television show is a factually intensive endeavor. In a recent case addressing this issue, the Second Circuit held that a motion picture’s production company was the owner of a film because they exercised “decision making authority” and “obtained written work-for-hire agreements from every cast and crew member other than [the director].” Thus, as the film’s owner, the production company owned the copyright in the finished film. For the sake of simplicity, we will assume that this case represents the industry norm.

How Copyright and Licensing Affect the Consuming Public

If Netflix wants to offer its subscribers a movie produced by Disney, Netflix must enter into a licensing agreement whereby they agree to pay Disney in exchange for display and streaming rights. Because Disney owns that movie’s copyright, they ultimately determine how much Netflix must pay, and for how long Netflix has streaming rights. Disney is under no obligation to enter into such a deal with Netflix, but they have in the past because such deals represent a lucrative business opportunity, and Netflix was a convenient middleman to access the streaming public.

This is no longer the case. As online video streaming has become the norm for media consumption, many production companies have recognized the value in having a presence in this emergent online market.  When CBS announced their streaming service “CBS All Access,” it came with the promise of being the exclusive platform (in the US and Canada) for viewing their Star Trek revival series, Star Trek: Discovery. By not licensing their shows to other content distributors like Netflix, CBS aimed to directly engage and profit from their consuming audience.

Similarly, in anticipation of their new streaming service “Disney+,” Disney has announced that they will be ending their licensing deal with Netflix. When Disney+ ultimately launches in late 2019, it will feature a number of original Star Wars and Marvel content, a strategy to entice both fans and the general consuming public alike to subscribe. Both Disney and CBS hope to profit from specific fan communities by providing them the sole platform with which to view their favorite content.

Consequently, this is also why preexisting streaming companies, like Netflix and Hulu, have begun producing substantial quantities of original content of their own: they need new content to replace losses resulting from unrenewed licensing deals, and thanks to copyright, they don’t have to license what they already own.

This “pay more, watch less” model puts consumers at a distinct disadvantage by precluding the possibility of a single content platform that provides the full panoply of video media. The most exaggerated future of this current condition is one where each individual show is locked behind a subscription wall. The sad truth is that production companies are perfectly within their rights to monopolize their own content: that is the exact entitlement that copyright law affords them.