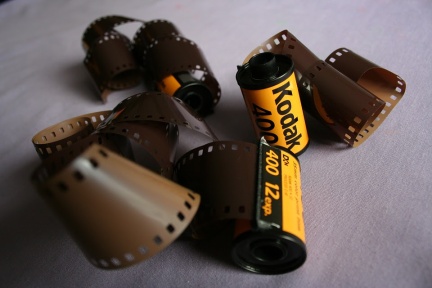 We are in the midst of a cryptocurrency frenzy. A series of memes has taken over the internet in recent months—all about Bitcoin. Some economists have considered whether the cryptocurrency market is a harbinger of yet another devastating economic debt bubble.  In a comment to Fortune, Meltem Demirors, the director of Digital Currency Group, explained the widespread interest simply: “We are going through the biggest wealth generation opportunity of the century, and people want to participate.”

Demirors’ comment rings true. From the businesses rebranding to offer coin, to the investors looking for legitimate opportunities to get in on the ground level, to the federal agencies ensuring compliance with securities law, everyone seems to have an interest. And of those rebranding companies, one sits right at the crossover between technology and art. That company is Eastman Kodak. END_OF_DOCUMENT_TOKEN_TO_BE_REPLACED

Almost 400 years ago the Dutch were really excited about tulips. In a period of three years, a tulip bulb went from a reasonable value to as much as six times the average person’s annual salary. Today we look at Dutch people selling their homes to buy tulips as crazy (we literally call that bubble “Tulip Mania”). Yet, right now we are watching South Koreans sell their homes to buy a digital “currency” – Bitcoin. END_OF_DOCUMENT_TOKEN_TO_BE_REPLACED

Are we on the verge of becoming a fully cashless society? Already, many people forego green for plastic and IOUs for Venmo. Amazon outright rejects cash at its bookstores. Companies have capitalized on the transition from tangible to virtual by offering cryptocurrency—encrypted peer-to-peer transactions.

Ethereum, a relatively new virtual currency company, has recently seen major growth. Its value increased 1,000 percent in the last quarter while Bitcoin transactions have slowed. Ethereum’s applications are powered by Ether, a single unit of payment. Like Bitcoin, Ethereum capped its supply. You can think of the supply cap like a virtual gold standard. Specifically, Ether is capped at 18 million Ether per year. Ether has dramatically increased in value, from $1 to $12, totaling about $1 billion in Ether that currently exists. Bitcoin currently stands at about $6 billion. END_OF_DOCUMENT_TOKEN_TO_BE_REPLACED

The case of United States v. Ulbricht, which is being called The Silk Road Trial, began last week in Manhattan, New York. Silk Road was an online black market where users could anonymously buy and sell various illegal items, especially drugs. It was able to stay anonymous and untraceable by operating on Tor (“The Onion Router”) network, an anonymous web browsing system, and by requiring all transactions to be paid in Bitcoin, an anonymous electronic currency. Ross Ulbricht, the alleged founder and kingpin of Silk Road, was arrested on October 1st, 2013, in a public library in San Francisco by Homeland Security Special Agent Jared Der-Yeghiayan. After a grand jury indictment, Ulbricht’s trial started this week in a Manhattan courthouse.

Assistant U. S. Attorney Timothy Howard began his opening statement by explaining how law enforcement officers caught Ulbricht communicating online using the pseudonym Dread Pirate Roberts (DPR), the leader of Silk Road. Joshua Dratel, Ulbricht’s defense attorney, used his opening statements to argue that Ulbricht was not DPR and was not associated with Silk Road as it was when it was shut down. He did, however, admit that Ulbricht was the founder of Silk Road. Dratel stated that Ulbricht had originally created Silk Road as a “free-wheeling, free market site, that could sell anything, except for a couple items that were harmful.” However, Ulbricht later gave the site to others, who made it into the black market that it eventually became. END_OF_DOCUMENT_TOKEN_TO_BE_REPLACED