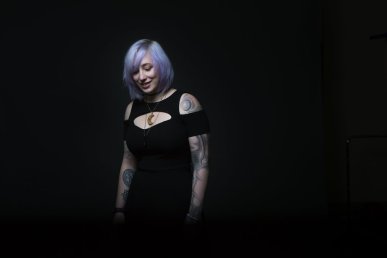 Our legal system was not designed with the internet in mind. The framers of the Constitution never thought that nude photos of themselves or anyone else would be published world-wide without their consent. They never even imagined being photographed. So when a mob of rabid misogynists harassed and threatened Zoe Quinn on social media, it should not be surprising that the legal system couldn’t protect her. If anything, seeking legal remedies for a relentless stream of graphic death and rape threats made matters worse for Ms. Quinn. Our legal system is much less about protection and more about punishment. Ms. Quinn is the target of the #Gamergate movement. This began after her ex-boyfriend used the internet (through platforms like reddit and 4chan) to allege that Ms. Quinn slept with a journalist in exchange for a positive review of her game entitled Depression Quest. Despite the fact that this review was never actually written, the response was swift, violent, and unrelenting. Because a game developer was accused of sleeping with a journalist for a positive review, people all over the world sent Ms. Quinn death threats, rape threats, published her personal information, and harassed her friends and family for two years; and this harassment is still ongoing. END_OF_DOCUMENT_TOKEN_TO_BE_REPLACED

For many, the internet has become the primary means of storing, disseminating, and receiving information in personal affairs. We often regard the web as the most convenient and accessible method of communicating. The question arises: should the legal system reflect society’s growing dependence on cyberspace? Or should the age-old traditions of law stand as unmoved pillars, upon which our notions of justice rest? END_OF_DOCUMENT_TOKEN_TO_BE_REPLACED

The motto originated from a 2015 interview with Kobe, when a reporter asked him about “not being a great friend all the time.” His response captured the relentless drive that has defined him as a basketball player: “Friends can come and go, but banners hang forever.” As Kobe’s NBA career comes to a close, his legal efforts offer more insight into his business acumen and his post-retirement preparations. END_OF_DOCUMENT_TOKEN_TO_BE_REPLACED 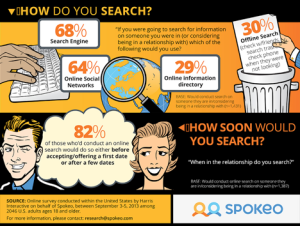 Admit it. You’ve Googled yourself at least once; though you probably did not do it just to stroke your ego. It’s important to know if your personal information is on the Internet so that you can control your message and personal brand. Social media, from LinkedIn to Facebook to Twitter, can truly define an individual. Your Facebook page or LinkedIn profile can offer an accurate or inaccurate impression of you. For one man, Thomas Robins, his online presence did not accurately reflect him. When Robins checked his online footprint on Spokeo.com, he discovered that the website had promulgated false information about him. The search engine stated that Robins, a single man, was married; it claimed he had received a degree that he had not gained; and it claimed he was worth more than his actual net worth. Robins believes that the false information made his job search more difficult.

Robins filed a class action suit against Spokeo.com under the 1970 Fair Credit Reporting Act (FCRA) alleging that the online database had published false personal information about him. Even though Spokeo.com published more positive information about him, Robins claims that the website caused him actual harm. The FCRA provides statutory damages from $100 – $1000, even if the plaintiff cannot show actual harm. As a general rule courts will only hear a case if the plaintiff alleges actual harm. In other words, a court must first ensure that the plaintiff has standing to allege an Article III injury-in-fact. But, The FCRA gives plaintiffs a cause of action without a showing actual harm. In choosing to hear Spokeo, the Supreme Court will decide if statutory damages provisions give plaintiffs Article III standing. In a reconsideration of the case, the District Court for the Central District of California ruled that Robins could not show that the false information was actually harmful, and so it dismissed his case. Robins appealed. The Ninth Circuit, siding with the Sixth Circuit in its decision in Beaudry v. TeleCheck Services, Inc and with the support of President Obama’s Administration, held that Robins did have standing to sue because Congress’ creation of a private cause of action created a statutory right, and the violation of a statutory right is a sufficient injury-in-fact to create standing. Spokeo.com appealed, and on April 27th, 2015, the Supreme Court decided that it should hear Robins’ case in its next session.  END_OF_DOCUMENT_TOKEN_TO_BE_REPLACED

This March, in FTC v. PCCare247, Inc., the Southern District of New York ruled that serving notice over Facebook was constitutionally adequate for service of process on international defendants. (https://www.ftc.gov/enforcement/cases-proceedings/122-3243-x120057/pccare247-inc-et-al). In this case, the defendants were located in India, and more traditional means of service had failed. Under FRCP 4(f)(3), a judge can order means of process, so long as it is “(1) not prohibited by international agreement; and (2) comports with constitutional notions of due process.” International conventions do not prohibit service of process via Facebook and, as the S.D.N.Y. stated, the circumstances in which the Facebook accounts would be served ensured service was constitutionally proper. In PCCare247, Inc., service was sent in two ways: via email and through Facebook Messenger. The court found that the defendants’ Facebook accounts were legitimate because they listed the defendant company as the defendants’ current employer, and a number of the defendants were friends with each other on Facebook. This, along with the similarities between Facebook Messenger and email, convinced the court that the standards of due process were met.  END_OF_DOCUMENT_TOKEN_TO_BE_REPLACED