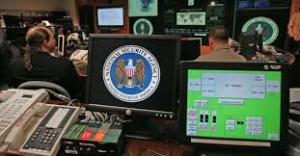 Edward Snowden, traitor-cum-hero, has, at the very least, set some interesting things in motion.  Since his meteoric rise (or fall), we have discovered that the National Security Agency has repeatedly pressured service providers, inter alios, to turnover vast and diverse amounts of personal data. This new state of affairs leaves many wondering if there are constitutional limits to these actions and, ultimately, are such actions even legal?

On Monday, Nov. 18, 2013, The Supreme Court denied cert in In re Electronic Privacy Information Center, a direct challenge to the National Security Agency’s (NSA) broad domestic-surveillance programs. Rather than finesse a costly test suit through the lower federal courts, the Electronic Privacy Information Center, an advocacy group, directly implored the nation’s highest court to force a Foreign Intelligence Surveillance Court Judge (handpicked by C.J. Roberts) to vacate its judgment requiring Verizon to turnover a broad swatch of data to the NSA. Specifically, the petition asked the justices to consider (1) “[w]hether the Foreign Intelligence Surveillance Court exceeded its narrow statutory authority to authorize foreign intelligence surveillance, under 50 U.S.C. § 1861, when it ordered Verizon to disclose records to the National Security Agency for all telephone communications ‘wholly within the United States, including local telephone calls’”; and (2) “[w]hether Petitioner is entitled to relief pursuant to 28 U.S.C. § 1651(a) to vacate the order of the Foreign Intelligence Surveillance Court, or other relief as this Court deems appropriate.”

Since the Court offered no reasoning or insight into its refusal to hear the case, it remains difficult to conclude that answers to the public will be soon forthcoming. However, there are other plans in the works. As NPR notes, the ACLU has presented a challenge to “a government program that collects phone metadata in bulk,” which will be heard in a lower federal court on Nov. 22. In addition, the Obama Administration appears to be planning a test case: “A senior government official told NPR that prosecutors have identified a criminal case in which they will soon tell defense lawyers that they used secret intercepts to help build the prosecution.”. The defendant would then be positioned to not only bring a Fourth Amendment challenge to exclude the evidence, but also to clear the threshold requirement in challenging § 702 of the FISA amendments––that only those who have been targets of such surveillance have standing to contest the surveillance.

One thing has become clear: enterprising folks will profit from the NSA’s example.  Private firms have apparently been marketing surveillance know-how and technologies to sovereigns in Africa, Asia, and the Middle East. The hook: that such wares will allow the purchaser to “covertly snoop on millions of e-mails, text messages and phone calls,” just like the NSA. And just like the NSA, it is likely that such operations will continue unchecked.