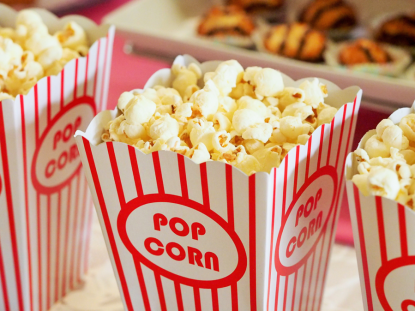 Age discrimination, particularly for actresses, is hardly a secret issue in Hollywood. Indeed, workers at all levels of the entertainment industry are affected. As a recent example, consider the casting of Naomi Bellfort in The Wolf of Wallstreet. Olivia Wilde was reportedly passed over for the part for being “too old” (age 28), despite being one year younger at the time of casting than Naomi’s actual age during the filming of the movie (age 29).

The challenge of overcoming age-based discrimination is even more exacerbated since the creation of electronic casting sites, most notably IMDB and Studio Sytem. When these services publish the age of an actor or actress, casting directors can use this information to arbitrarily cut potential applicants deemed too old for the part. This kind of practice is problematic because, it denies many up and coming actors and actresses a fair chance at vying for a part. Union president of the Screen Actors Guild (SAG) and former 90210 star, Gabrielle Carteris, argues that this kind of age discrimination also denies actors the opportunity to be judged solely by their talents, which is, as she puts it, is “the ability to create characters and employ illusion”. In a perfect world actors and actresses would compete for parts on a fair and objective standard, while casting directors could still make a subjective determination of who should receive the part.

However, because of these concerns and pressure from the SAG, California recently enactedAB 1687. Once in effect, this statute will require electronic casting sites to remove actors’ and actresses’ dates of birth from their profiles, upon request from each individual. If these services do not comply with the statute, then they will face civil penalties.

Nonetheless, the statute, as it stands, presents a significant freedom of speech issue under the First Amendment. Many experts believe California’s Act will most likely be found unconstitutional if challenged. Dan Abrams, a renowned First Amendment attorney and scholar, told The Hollywood Reporter that “[t]he statute seems to me of the most dubious constitutionality. Birth dates are facts. It’s hard to see how the government, consistently with the First Amendment‎, can bar or punish their disclosure.”

It will be interesting to observe in the coming months that despite the high probability that the law is unconstitutional, who will challenge the Act? Potential plaintiffs will need to consider whether to bring a lawsuit, prior to even considering if they even can initiate one, for several reasons.:

First, any challenger should consider the ill will from the SAG, and potentially other parties, that challenging this law will generate. The Act is a narrow rule and challenging it effectively allows casting directors to continue discriminating based on age with relative ease. Thus, any challenging party should anticipate dealing with a response from the SAG, who pushed very hard to have the law enacted. Furthermore, as the Act is is meant to ensure protection from age discrimination, a challenger raises the risk of being labeled an age discriminator and incurring negative P.R.

Second, a prospective plaintiff will need to consider his or her financial costs. Challenging this law will require significant litigation, which will likely come in the form of hundreds if not thousands of billable hours for the attorneys involved.

Third, a plaintiff will need to consider any benefit derived from challenging the law. IMDB, Studio Systems or other similar services’ business model may rely, in part, on providing casting directors with actors’ dates of birth. It’s possible that part of their business success is the service of providing casting directors all such information.  Indeed, some casting directors may use these sites almost exclusively for the purpose of determining applicant’s ages. If publishing actors’ ages is in fact an integral part of these services’ business models, then the court, legislature and public will need to consider the implications of supporting or allowing a business to exist whose purpose, at least in part, is effectuating age discrimination.

Perhaps, then, it might be easier for electronic casting sites to merely comply with the new law. At the end of the day, they are businesses and if a certain practice is not profitable, perhaps the practice should cease. However, even if this law is unchallenged and reduces age discrimination, it is important to be mindful of the constitutional ramifications of allowing a law that seems to clearly violate the First Amendment to stand.