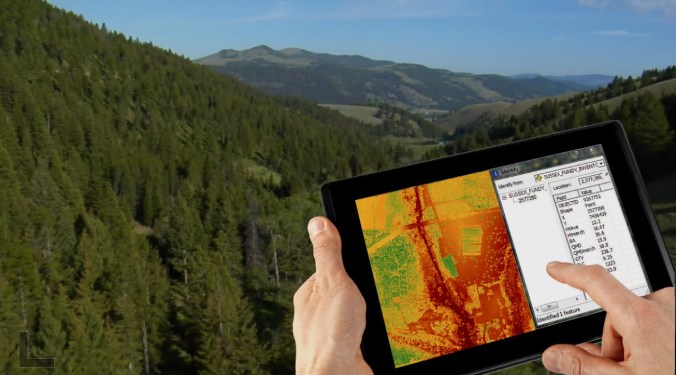 After another wildfire season raged through California and the western United States, the debate over how best to minimize and manage future blazes has intensified. The total destruction of the city of Paradise and the loss of scores of lives in the Camp Fire mark a sobering new reality for the agencies tasked with fighting, predicting, and preventing these fires. Climate change is making fire season longer, hotter, and more dangerous in the western states. Cities and suburbs continue to encroach into fire-prone wildland. Both issues require redefining the approach to managing the fires and the forests that fuel them.

Considering that the 2017 Wine Country fires were virtually knocking on Silicon Valley’s door and last year’s fires blanketed the Bay Area with days of dangerously unhealthy smog, it is a fair question to wonder how America’s tech capital can best apply its cutting edge solutions to forest management problems.

Wildfire science and climate science are data intensive subjects that have already seen some modern technological applications. Big data is used to help manage fire-fighting responses as soon as fires start. AI has also been used to help predict weather conditions favorable for extreme fires. Machine learning (the subset of AI that uses data sets to refine computer algorithms; for a helpful primer, see this video) has been applied to developing models of wildfires themselves, which then inform the underlying science. Models that can better predict the results of real fires help scientists understand more complicated fire phenomena like the physics of embers. These high-tech tools may also prove useful when developing and enforcing forest management policies that can adequately mitigate the west’s wildfire threat.

One method of managing forests for wildfire prevention involves thinning the forest vegetation by controlled burning or “mechanical treatment,” whereby the fuel loads of dense stands of trees are selectively reduced. This process is controversial; some see thinning as a way to incorporate a flagging timber industry into wildfire management strategies while others doubt the effectiveness of thinning in reducing the severity of fires in the first place. The science tends to fall more in favor of thinning, but due to the heightened variability of fire-favorable weather, it can be difficult to apply a fuel reduction strategy effectively. This is where technology can step in.

Out of the 350 million acres of forested land in the west, determining where and how much to thin is the type of computational problem ripe for a modern tech solution. This is especially true when combined with the type of fire modeling research already using machine learning algorithms. For example, an algorithm trained on recent fire data could be applied to geographical data of a parcel of candidate forest land. The algorithm could then provide a map of where to best thin the vegetation to achieve adequate fire risk reduction. The algorithm could be further refined with constraints related to the costs of particular thinning strategies. For example, it may be cheaper to thin a handful of larger patches in a given region than several disconnected smaller patches. In this way the management plan can be optimized from the outset. Other machine learning approaches like this are the subject of ongoing research.

A similar approach could help shape policies at the urban/forest interface. Private property in these areas can be required by state or local authorities to maintain defensible space around structures and dwellings. Any undeveloped land is often left untreated and adjacent state or federal land is left to management by those authorities. Here, an appropriate algorithm could be used to determine whether and where stricter requirements for private property management are warranted, or whether specific treatment of adjacent land by a government agency would make existing defensible space even more robust against wildfires. Such a solution also helps prevent one-size-fits-all regulation becoming the primary response to forest management.

Tech Is No Silver Bullet

On the other hand, forest management may be a case where the mere application of technology cannot solve the problem. Thinning does not work everywhere – fires at high elevations are driven more by weather than the state of the forest, and because that weather is driven by climate change, it creates a problem with no easy solution. Technology-guided regulation of property runs into problems of jurisdiction and red tape, particularly in areas where city, state, and federal lands meet. But with the continued encroachment of cities and towns into the forested lands of the western United States, the risk of future destructive wildfires continues to increase. The urban/forest interface is a place where tech-managed thinning can be successful, if even moderately so. Any reduction in the severity or prevalence of catastrophic blazes like the Camp Fire will be positive achievement for modern technology.