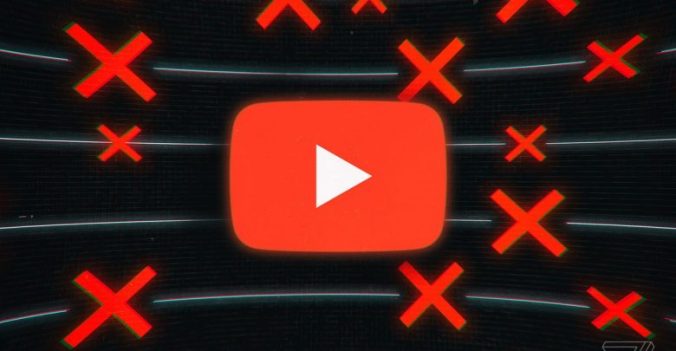 The new year started with an old problem for the vaunted video platform YouTube. In January, a spate of copyright-related conflicts between content creators and purported rights-holders grabbed headlines across the Internet, causing a few minor dustups in related communities on Reddit. The driver of the controversy was that actual copyright infringement had not occurred. Instead, false, mistaken, or otherwise improper claims of infringement threatened several YouTube channels.

First came a report that YouTube’s automated Content ID audio rights service made a copyright claim against a user’s own voice. Then the following week a fan-made Star Wars movie, ostensibly created with permission from Disney subsidiary Lucasfilm, received a copyright claim against a portion of its soundtrack. The very next day a series of K-pop music videos were temporarily removed from YouTube following an improper takedown request based on allegedly false copyright claims. Similar stories about a dashcam compilation channel and several video game streaming channels rounded out the week.

Money and Technology at Issue

All of these incidents have two things in common: money, specifically the ad revenue generated from the videos and nominally destined for the creators, and YouTube’s handling of copyright disputes. YouTube videos can be immensely lucrative, not only for YouTube but also for the video creators who share in that revenue stream. YouTube creators with a sufficient following can use Google’s AdSense to get paid for running ads at the beginning of their videos. The revenue of that ad is based on how much advertisers are willing to pay numerous factors including the number of views, how many viewers watch the ad, the genre of the content, and the subscriber base of the creator. YouTube takes a 45% cut of the revenue; the content creator gets the rest. For example, one revenue estimator shows that a video with 20,000 views per day could make $30 per day; the creator of that Star Wars video, with 240,000 views per day in its first month and 1.6 million subscribers to his channel, could have made over $5,000 per day had he run ads with it.

The primary consequence of being on the wrong end of a copyright complaint is the loss of that ad money, either by having the offending video removed or by YouTube redirecting the revenue to the copyright holder. As shown in just two weeks’ worth of missteps, YouTube’s system for resolving copyright disputes remains ripe for abuse, even with automated technology like ContentID in place. ContentID allows certain users (i.e. those with large libraries of exclusive copyrighted content like music publishing companies) to have YouTube scan every upload to the site for comparison with their copyrighted library and automatically take action. YouTube is planning to roll out a similar but more limited Copyright Match Tool in the near future to allow additional users to police their own content. But this technology is not infallible, as shown in January, and mistakes damage not only content owners’ income but also the community’s trust in YouTube’s application of copyright law.

In the U.S., YouTube strictly follows the Digital Millennium Copyright Act (DMCA) notice and takedown procedures. Essentially, a copyright owner can submit to YouTube a claim that infringing content is on the site and ask YouTube to remove the offending video. YouTube even provides a convenient web form for the report. But here lies the problem: the DMCA safe harbor provision exists to protect YouTube and not the content creators. Under the statute, service providers like YouTube can limit their liability by taking action upon notification of infringing content. Because of this, YouTube reacts swiftly to infringement claims. Under the law, the claimant is civilly liable for any false claims, not YouTube. YouTube loses out on only a fraction of its ad revenue; meanwhile, the video’s creator may be out a substantial sum. The Content ID system results in similarly quick action. Throw in fair use, which protects certain uses of copyrighted material, and the international nature of some of the examples at the beginning of this post and the copyright chaos only gets more complicated for the content creators aiming to make income from their endeavors.

. . . And Will Likely Become Even More Complicated

To its credit, YouTube has improved its copyright policies in response to similar incidents in the past. WJLTA’s blog has previously commented on this evolution, including fair use controversies, monetization protection with Content ID, and the development of a Fair Use Protection Program. But a substantial new challenge is on the horizon with the EU’s proposed Copyright Directive, which may force YouTube to filter for infringing material prior to any uploads in Europe. Considering the less than stellar record of its current copyright handling, YouTube is bound to have trouble with the new EU requirement. YouTube must get better at determining proper rights holders, especially for monetized content, whether by refining its policies or advancing its technology. And content creators, especially individuals and others without the resources of major corporate copyright holders, may need to explore other platforms if they cannot hold YouTube to account for allowing abuse of its copyright system.