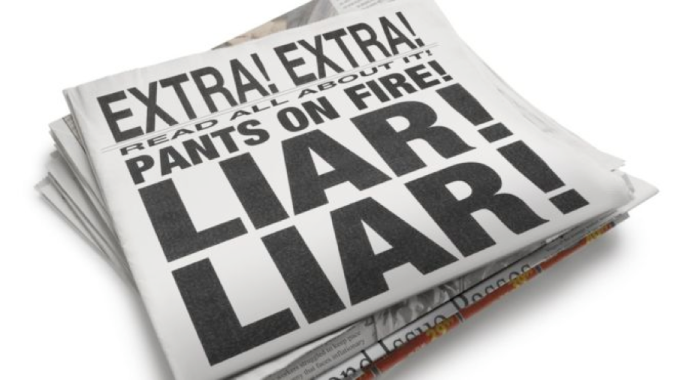 Before you re-share an online article, before you give weight to its assertions—before you even begin to read the first line—ask yourself one question: “Does this look like a credible source?”

At a young age, I learned that I must first ask this question before citing to any given resource in a research paper or project. Accordingly, I learned where to look for reputable sources, how to determine which of these sources were credible, and the ways in which to best use these sources to locate further acceptable resources.

I was surprised when I learned just how frequently Internet users are duped into reading, believing, and ultimately re-sharing fake news stories. In the months immediately prior to the 2016 U.S. presidential election, the top performing fake news stories generated more engagement than the top performing real stories published by major news outlets. These leading fake stories generated over 8.7 million shares, reactions, and comments on social media, while the leading stories published by major news outlets generated about 7.3 million similar reactions.

Thus, following the U.S. presidential election—the result of which many people credit in part to the proliferation of fake news reporting (though these claims are disputed)—numerous sites have publicly vowed to crack down on fake news on their platforms.

In November 2016, Facebook CEO Mark Zuckerberg outlined seven projects designed to: improve detection; make it easier for users to report false news; enable third party verification; label stories as false; insure that “’quality’” news appears in News Feed; crack down on ads that parlay misinformation; and work with journalists to develop better fact-checking systems. One step Facebook took in implementing this plan was to “flag” stories that fact-checking organizations deem false with “’disputed’” news tags. Facebook also causes such posts to appear lower in a user’s News Feed and provides users with warnings before they re-share such stories.

In October of 2016, Google also started implementing programs to address fake news, adding “a fact check label to dubious stories, and group[ing] them with trusted articles which disputed them”, reports The Sun. Google also created a Chrome extension that will pop-up a warning sign if a user navigates to a site that academics deem false. Moreover, in January of this year, Google banned 200 publishers from accessing its advertising service, Adsense, mostly because they were posting fake news stories. In 2016, Google also took down 1.7 billion ads that violated its policies.

Both Google and Facebook are also taking steps to combat fake news shared on their platforms outside the U.S., particularly in Germany and France, both of which will hold national elections this year. In France, Facebook is targeting 30,000 fake accounts that allegedly generate various forms of deceptive content, including spam and fake news stories. In Germany, Facebook recently purchased full-page advertisements in Germany’s two best-selling newspapers in its  efforts to teach readers how to spot fake news. Additionally, the German government will begin fining social media companies up to $53 million “if they fail to quickly remove posts that breach German law.”

It remains to be seen whether these actions will help significantly reduce the spread of false news. In the meantime, readers can learn to recognize misinformation on their own. In the above-cited article, The Sun offers further suggestions that can help readers spot fake news stories. Does the story sound unbelievable? It’s likely false. Is the author’s name suspect? It’s probably fake. If you type the headline or host website into a search engine, do any trusted sources also cover this story? If not, the story is likely false.

Got all that down? Good. Now, be careful what you click on.